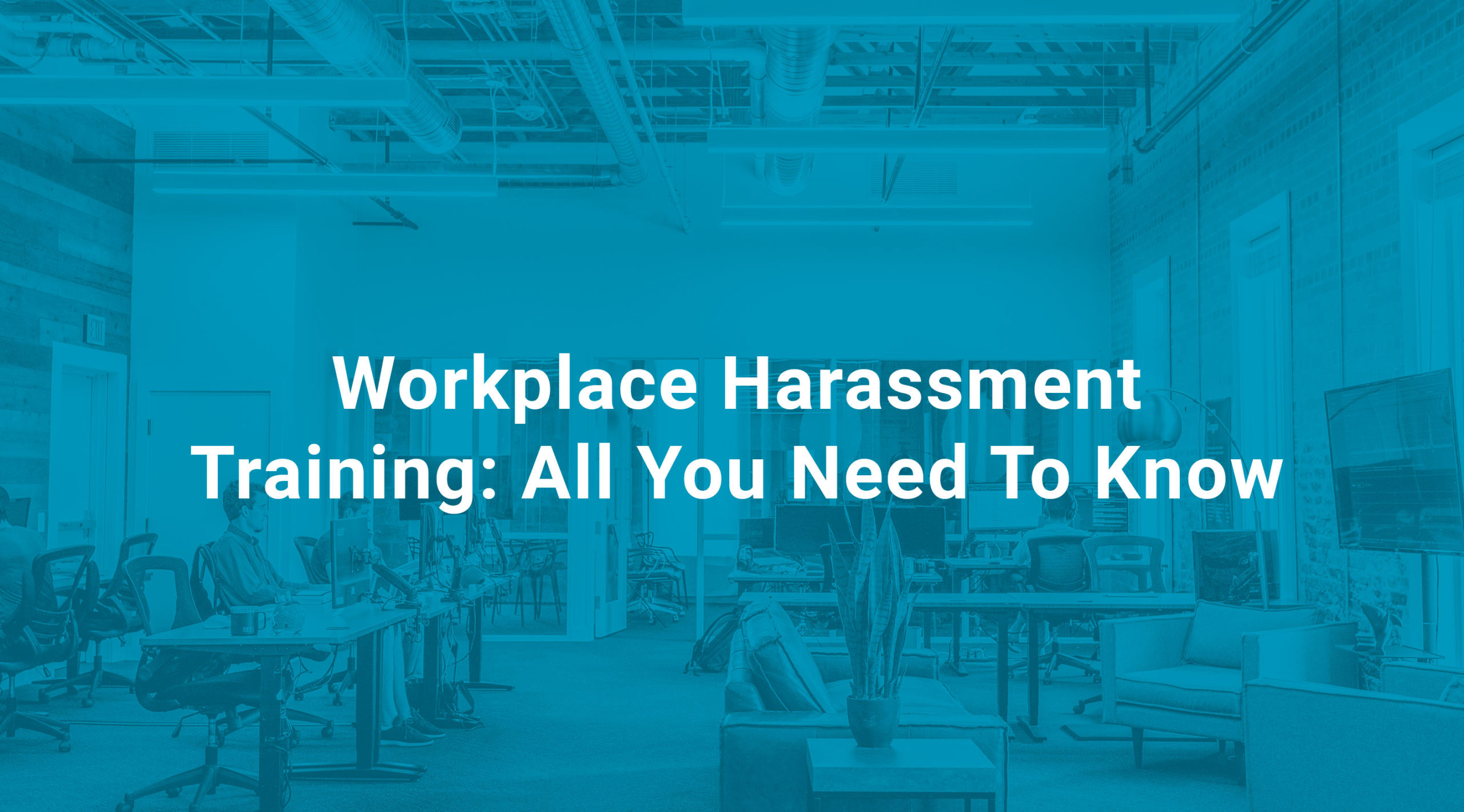 Workplace Harassment Training: All You Need to Know

Workplace harassment training is a step taken to prevent any inappropriate behavior, let it be bullying, sexual harassment, or passing abusive comments that are considered offensive. Harassment in the workplace is something that no employer wants.

Employers are obligated to create safe and healthy working environments for their employees. Building an inclusive atmosphere where employees are safeguarded from bullying, denigration, and unwanted approaches by their coworkers is a part of that charge.

There are many types of harassment faced by employees of any organization. Understanding the different types of workplace harassment can help deal with them in some way or the other.

Important Things to keep in mind about the Training

Make sure the training is participatory and led by a knowledgeable instructor. The training will not realize its full potential if your personnel are passive participants. The training should ideally take place in real-time. If this is not possible due to expense or geographical dispersion of staff, you can consider an online alternative, but it must have an interactive component.

Confirm that the highest levels of support are behind you. Without the support of senior executives, the training will most likely be dismissed as a “tick-the-box” exercise. Executives should attend the event and, ideally, speak at the start or end. Leaders must make it clear that everyone will be held accountable for following the training's standards.

Emphasize the importance of taking the instruction seriously. This activity isn't just meant to make supervisors more aware; it's also meant to help them keep their jobs. Make it obvious that the employer holds supervisors to a higher standard than ordinary employees, just as the courts do.

Employees do not voice problems when they should because they are afraid of retaliation. Employers must define retaliation in terms of who is protected (not just complainants) and what is forbidden as broadly as the law allows (not just discipline and discharge).

Other illegal retaliatory measures include:

Remind everyone that any retaliation against someone who reports or sees harassment will be met with swift and proportionate retribution.

Instead of making broad comments, give concrete examples of inappropriate conduct. Customize examples so that they are relevant in your workplace. Canned training is a complete waste of time for everyone involved.

Give examples of both severe and subtle harassment. Supervisors may define harassing behavior too narrowly if employers do not include the less obvious examples. On the other hand, managers may fail to address what they cannot see someone doing even when it occurs if alleged actions are eliminated.

Pay special attention to risk variables that increase the possibility of harassment being allowed. These include a homogeneous workforce and employees who rely on tips from customers and may be hesitant to speak up. Supervisory training should emphasize how these risk variables might enhance the likelihood of harassment so that supervisors can intervene before problems arise.

Address all forms of unlawful harassment. Harassment can be perpetrated based on a person's race, ethnicity, or religious beliefs. And don't forget that gender-based harassment is illegal, even if it isn't sexual.

Give supervisors advice on how to respond in an incident. If supervisors aren't taught what to say from the minute an employee reports harassment, they can remark something inappropriate such as, "That doesn't seem like Mark." Keep it simple: “Thank you for bringing your issues to my attention.”

Supervisors must know how to respond to bad behavior before it becomes a problem. Even if there isn't a complaint, managers who see, hear, or otherwise become aware of harassing behavior should follow up. Silence is a form of condonation. This is why the EEOC recommended that supervisory education programs include so-called bystander training. This sort of training is based on the idea that bystanders (those who become aware of harassing behavior) play an important role in ending harassment.

Teach people the need for politeness. Even while being unpleasant or uncivil is not illegal unless it involves a protected group, incivility is the entryway to harassing behavior. As a result, the EEOC advises companies to perform civility training. True, civility training has the potential to cause issues with the National Labor Relations Board. However, if organized appropriately, such training can be incorporated into anti-harassment training and into performance management training for supervisors who are not covered by the National Labor Relations Act (NLRA).

Obtain detailed feedback from employees on what resonated with them and what they want to learn more about. Discuss whether behaviors, such as a nondiscriminatory yet strong management style, do not qualify as harassment.

If a firm engages in sexual harassment when employing personnel, the corporation can be held legally liable for the acts of its workers.

When it comes to harassment and educating your staff, be aware of the specific rules of your state or locale. Conducting training programmes is sure to help organizations and their employees deal with harassment and be free from it.