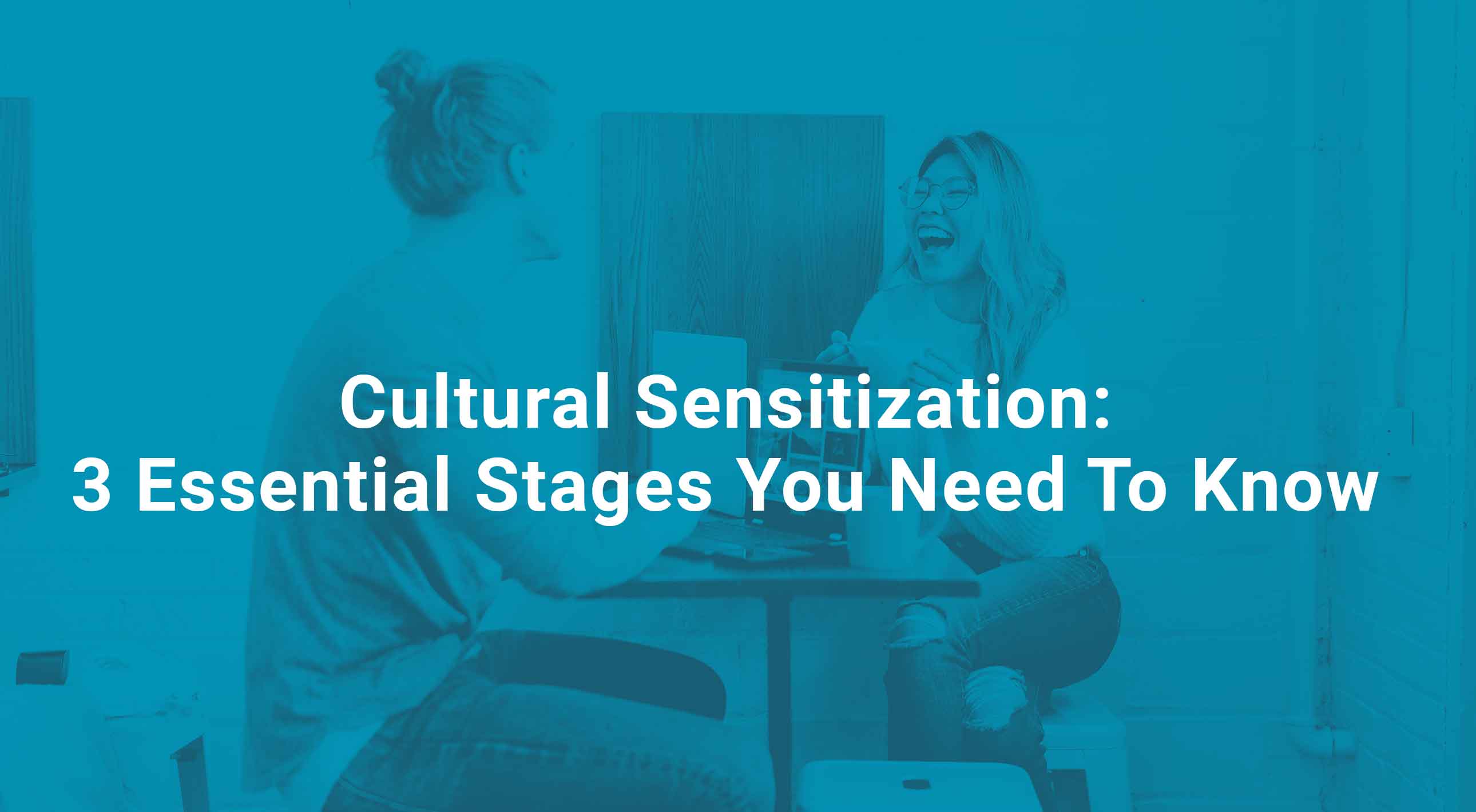 Cultural sensitization refers to being cordial with people of every ethnicity and is essential in any cross-cultural relationship. However, it is crucial in international working relationships, such as those found in business or government. Some experiments, for example, show that workers at all levels are more efficient and competent at negotiating when they are culturally sensitive.

Recognizing the subtleties of culture, as evidenced in body language, speech patterns, and traditions, allows the worker to best identify and understand with coworkers, business associates, affiliates, and customers more fundamentally. However, while the value of cultural sensitivity in the workplace is widely acknowledged, there has been little research into the initiation and progression of cultural sensitivity.

What Does Cultural Sensitization Entail?

Cultural sensitization in a workplace is important in promoting a communicative and effective team. In addition, being culturally sensitive determines who you are as an individual, including your opinions, work techniques, interaction styles, and values.

While cultural backgrounds tend to be identical within a distinct area, global workplaces or clients can challenge you to push beyond your comfort zone to promote effective working associations and exhibit cultural sensitivity. So being culturally sensitive in a workplace indicates:

The purpose of cultural sensitization is an acquaintance that each team member brings their values, morals, work ethics, and approach to the organization. In addition, becoming culturally sensitive demands an assessment of your biases and cultural assumptions. It requires acquiring exceptional skills that encourage diversity in the organization and accepting the value of people different from you.

What Are the Stages of Cultural Sensitization?

Below are the three stages of cultural sensitization in a workplace setting.

It is the initial stage when an employee relocated to any international branch stops being a starry-eyed tourist and begins to engage in the day-to-day business of job and working. They observe their surroundings professionally and personally and immerse themselves in that culture. Then they start to see the deeper levels that a tourist wouldn't or couldn't see.

The worker begins as a visitor during this stage but expands and develops into an important partner over time. They start to participate in more unique local ceremonies and rituals, adjusting to them as a way of life.

Business colleagues who are native to the local customs begin welcoming the foreign worker to participate in and attend them. It is one of the markers of a foreign worker's progression from the visitor stage. The more a foreign employee is immersed in the local customs, the more realistic a view of that culture develops. They gain knowledge of more advanced cultural practices.

They learn to participate in unique and authentic social behaviors, though this is more about imitation than true exploration at this point. They may role-play or pretend at this stage, but even this is an important factor for developing cultural awareness.

At this point, the foreign worker is frequently confronted with the reality that they are, in fact, an outsider. Culture shock and disillusionment may set in, but they also develop a more realistic perspective and attitude. As they become more immersed in the business world, they naturally become more engrossed in the social culture.

Foreign employees who can persevere and overcome the initial cultural adjustment become skilled workers. When they achieve this point of cultural sensitivity, they have a much better understanding of the host culture. They also have more refined interactions with their business partners.

Instead of attempting to be discreet on the surface, they are sincerely worried about preserving associations with members of the local culture.

Still feeling a little out of place, the skilled worker becomes a careful politician. They work hard to fit in with the culturally appropriate social practices and customs. Conversing with members of the local culture has become second nature, both professionally and personally.

At this stage of cultural understanding, they are keen observers. The skilled workers scan their surroundings and mimic behaviors that enable them to blend in. They decrease or control inappropriate behavior that would draw attention to them. They are far better at acting and role-playing.

It's also worth noting that, at this phase, they tend to limit their business connections to those that are personally manageable. It enables them to cultivate more meaningful and fruitful relationships. Instead of turning to agents of their society, they begin to rely on current councilors who are business associates.

As skilled workers interact with local culture members, they form cordial and intimate relationships. They gradually gain a more reasonable view of the host culture and value it.

Not all employees reach the partner level of cultural sensitivity. It takes persistence, patience, and hard work. At this stage, the worker is the most sensitive to cultural differences. They have established a business culture based on relational trust. Partners spread insights and intimately understand cultural nuances, seeking common ground wherever possible. On the other hand, they put aside any desire to be a part of the local culture.

How to Foster Cultural Sensitization Amongst Your Team?

The path to cultural sensitization is complex and arduous, but it can be extremely rewarding. Cultural misunderstandings are unavoidable early on. Those bumps become fewer and fewer as a person becomes more acquainted with and immersed -in another society.

Coming to terms with another culture is similar to creating any other relationship that gradually builds trust. It settles into a peaceful state that isn't perfect but doesn't need to be. The individual recognizes, adjusts, and encompasses their role in the local culture, blending in as much as possible.