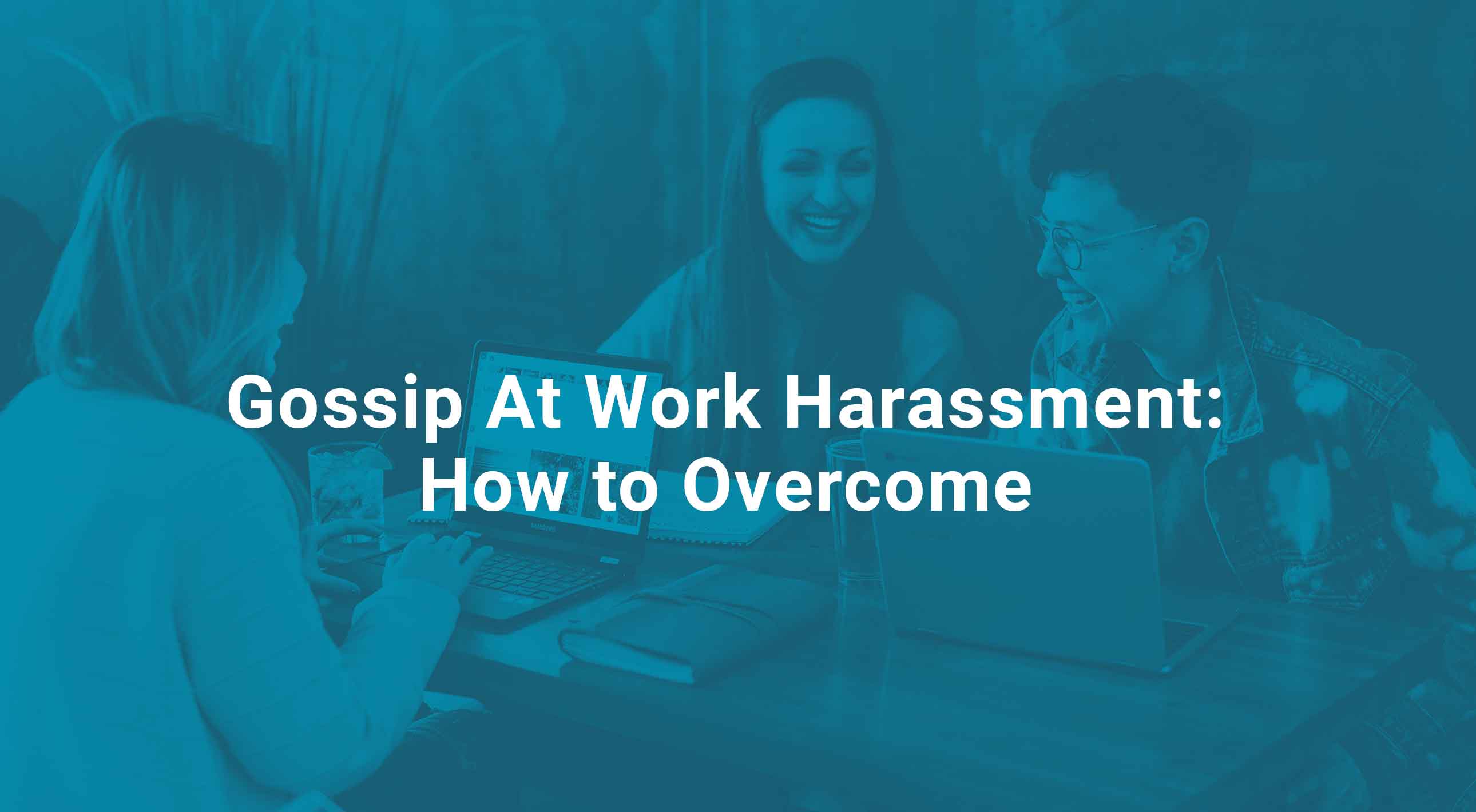 Gossip at work harassment can be a kind of bullying that is difficult to identify. The purpose behind gossip is to harm, disparage, and ruin reputations behind people's backs. Although talking about work is common, workplace gossip can damage careers and reputations when it develops into rumor-mongering or downright lying.

How Dangerous is Workplace Gossip?

Ill-advised, sarcastic, or nasty lunchroom conversation is toxic and should be avoided at all costs. The more it revels in someone else's misfortune or degrades their abilities or character, the more toxic it is.

How to Identify Toxic Gossip at Work

Toxic language is what you wouldn't speak to the person's face. It's corrosive and even deadly if it takes certain truths and turns them into something mean-spirited.

For example, if a married man and a married woman work together a lot, that's a good illustration. The truth is that they have to — because they have a critical project to finish on a tight timeframe. Someone spreads rumors about an extramarital relationship at work. If this rumor spreads, the repercussions might be disastrous for their careers and personal relationships.

When malicious gossip is spread, it can hurt the target and the entire team. Conflict and personality clashes can harm morale, productivity, trust, and the emotional well-being of everyone in the workplace. Cliques can emerge, allegiances can be taken, and coworkers can refuse to work with each other. As a result, careers may be ruined, and decent employees may ultimately decide to leave because they've had enough.

Be wary of gossip, yet the allure of knowing what's going on makes it hard to resist. So how come some people feel the need to always spread rumors?

While there may be countless reasons, these are a few that have been mentioned:

To make themselves feel like a part of the group, people chatter. Unfortunately, if you're "in on the secret," you're not accepted because of your identity but because you've been excluded or maliciously excluded from the group.

As a result, many gossipers like being perceived as the source of information and feel powerful when they receive requests for additional information.

People who aren't happy with their own image get a temporary boost from passing judgment on others.

People spread rumors about others to harm individuals they are envious of, whether their abilities or way of life, out of a lack of other options. When people cannot come up with new and fascinating ideas or topics of conversation, they turn to gossip to fill the hole.

It is out of rage when someone lacks the guts or power to deal with someone in a position of authority; they typically seek vengeance by uttering nasty remarks about that person. Gossiping reveals a person's lack of self-confidence and malicious intent. Everyone concerned gets a bad sensation as a result of it. It is important to remember that people enjoy being the focus of attention when they spread a rumor. By denying them that attention, you are already helping to promote a culture devoid of rumors.

How to Overcome a Toxic Gossip Work Environment

It's a good idea to bring up the subject of bullying at work with a trusted confidant, such as a family member. If you're looking for advice on stopping workplace bullying or gossip, they'll be happy to help you.

Bullying is an issue that should be brought to the attention of a manager or an executive, especially if you have a good relationship with the manager or executive. Then, they may be able to take the necessary steps to solve the problem.

For fear of losing your work or worsening the bullying and gossip, you can speak to an independent HR expert about your issue rather than a manager or executive. It is possible that they can provide you with expert counsel and advice on coping with the problem at hand.

Bullies and rumor mongers may not know how rude and damaging their actions are until it is too late. But, even if they are, they may stop if you tell them how the issue impacts you directly.

Passively taking in someone else's gossip is as bad as actively participating in it. So make sure you don't become a bystander in any situation.

Make a plan for how you'll get out of the situation to do it respectfully. Simple is best. Say, "I'm sorry, but I need to write an email," or leave the room and head for the bathroom.

Despite its flaws, this method can get you out of the situation undamaged, especially when the individual you're dealing with is a habitual gossiper.

How Should Organizations Handle Workplace Gossip

Managers/leaders must be active not just in work, but in bringing up a healthy work environment. The below measures can be followed by a manager.

Gossiping reveals a person's lack of self-confidence and malicious intent. Everyone concerned gets a bad sensation as a result of it. It is important to remember that people enjoy being the focus of attention when they spread a rumor. By denying them that attention, you are already helping to promote a culture devoid of rumors.