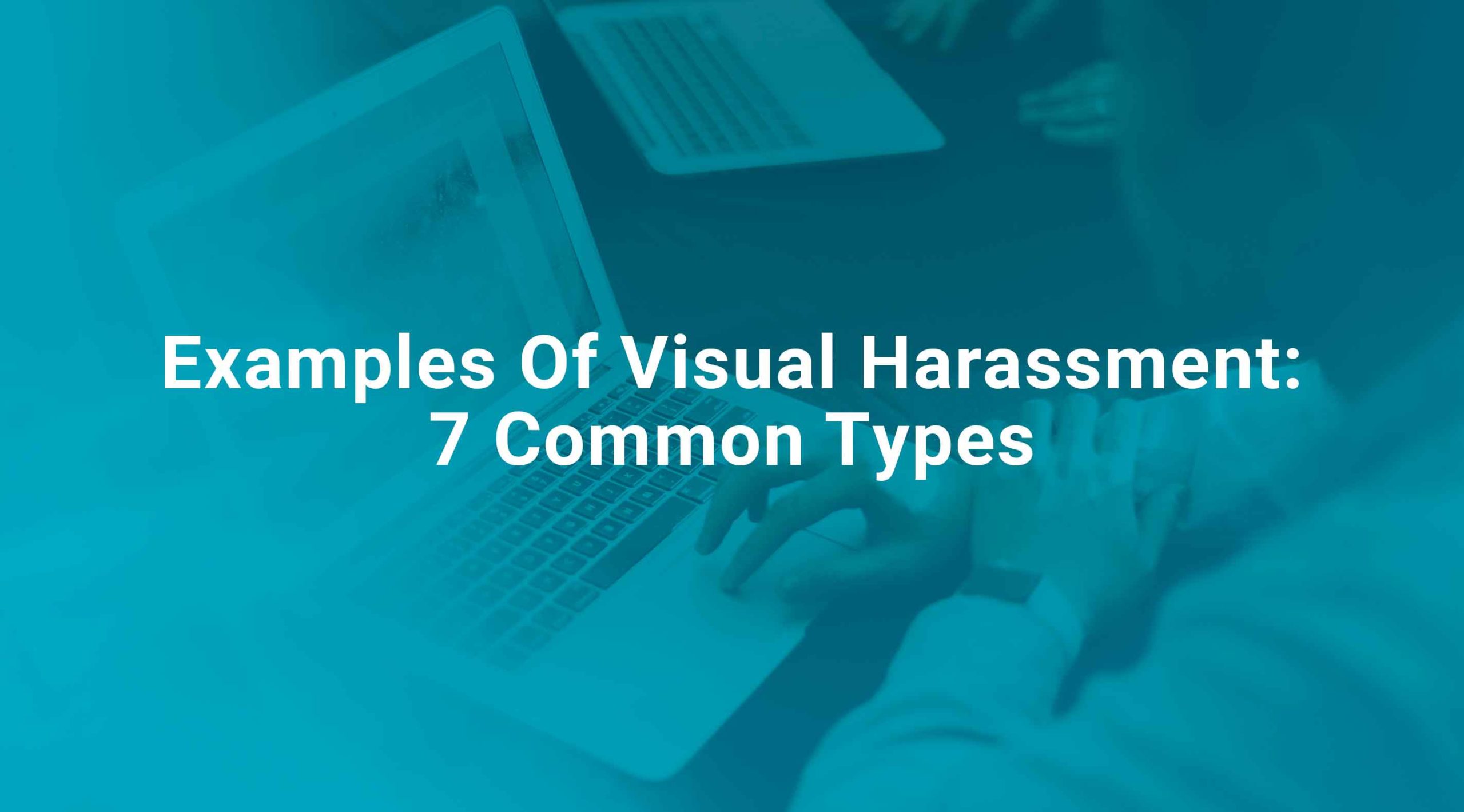 It is a kind of behavior through which a person exposes themselves to another person. Further, it happens without the consent of the alleged victim. Such kind of action affects their attitude and performance. An action or behavior at work can be called visual harassment if it is offensive, insulting, unwelcome, or sexual in nature.

What are the Examples of Visual Harassment?

Exposing one’s genitals or female sexual organs at work comes under such kind of harassment. It is illegal to show your private parts to someone at the workplace. Such indecent exposure can cause others to be offended or alarmed.

Sending sexual or pornographic images and videos to another person through some website is illegal. That is downright offensive and is considered visual harassment. Most of the time, it is done without informing the other person. Any kind of sexually inappropriate content should not be shown to others.

It is offensive to make facial expressions, lewd, or even unwanted romantic gestures towards another person. That may make them feel uncomfortable and offended.

Placing a poster related to sexual behavior, and posting sexual pictures or cartoons at the workplace also come under visual sexual harassment.

Exposing offensive images or pictures of someone else without their consent is an offensive crime. The same goes for drawing a sexually inappropriate picture of a person.

Displaying nasty content or images from a book, magazine, or website is visual harassment. If someone has downloaded pornographic material onto a computer or laptop, that also comes under such offensive behavior.

What are the Effects of Visual Harassment?

Visual harassment can affect everyone because it creates a kind of environment that makes it harder for people to succeed. The possible effects of visual harassment at the workplace include:

Visual harassment wreaks havoc on the victim’s career trajectory and job performance. Decreased confidence and fear can cause a few people to disengage with other people and even withdraw from the workplace. Moreover, they are likely to neglect duties, be tardy, distracted, and absent-minded. If that is not the worst, victims may also face issues like unpaid leave and lost wages because of the same.

Visual harassment is damaging to an organization, just like other types of sexual harassment. Whenever a workplace is infected with such kind of offensive behavior, everyone suffers. The hostility created by visual harassment includes low morale, absenteeism, animosity, gossip, stress, anxiety among staff members, etc. The most common problem that erupts during this time is low productivity. This is most common in workplace environments with high rates of harassment issues. Sometimes, the victims are most likely to quit, which leads to high employee turnover.

The organization’s failure to handle issues of visual harassment can lead to expensive lawsuits. Moreover, if the harassment case is highly publicized, it may also lead to a tarnished reputation.

How do you Prevent Visual Harassment?

An organization can take reasonable steps to prevent visual harassment. They are discussed below in detail.

The top-level people of the organization, like the CEO or the manager, must always demonstrate that the company has a zero-tolerance policy towards any kind of harassment. They must also make it clear that the punishment for visual harassment applies equally across the said organization. That is irrespective of the employee status. A board should be formed to review the key data of visual harassment and other offensive behavior to resolve pending cases. They should also formally approve the anti-harassment policy and include the same in the training courses of the organization.

Organizations must ensure that their employees know and have access to confidential reporting channels. That will help them approach these channels whenever they want to report any case of harassment. If that is not the case, they can look at implementing channels like case management software where everyone is willing to communicate. Reporting channels always make it easier for those people who feel unsafe to report anything openly.

Every organization must have an anti-harassment policy. Moreover, they should make each member sign the same and let them know about the important aspects of the policy. It should clearly mention the meaning of visual or any other kind of sexual harassment, its examples, case studies, and punishments based on the same. The policy should also include procedures for investigating complaints and other resolution processes.

Organizations must make anti-harassment training mandatory for all the members. Education helps safeguard against unwanted advances and inappropriate behavior by defining the violations clearly. It also helps empower those who may face visual or other kinds of sexual harassment to recognize and report such cases. Training helps build a proper community at the workplace. That helps everyone work towards a common goal, especially safety in the organization.

An organization should not always wait for reports to find out the extent of problems related to visual harassment or other kinds of offensive behavior. Instead, they should be proactive and add questions to the annual surveys to find out whether any member is facing situations of such sort without anyone’s notice. That further helps identify any possible victims of harassment and saves them on time. Such engagements allow individuals to determine the effectiveness of the organization’s reporting program.

Visual harassment is one of the major forms of sexual harassment that may happen anywhere and anytime. It not only makes the alleged victim alarmed but also offended. Furthermore, visual harassment can have a long-term impact on a person’s life. So, organizations must make sure that they implement proper policies to prevent such kind of heinous and offensive behavior.

Nowadays, almost all countries have implemented rules and legal laws that define visual or any other kind of sexual harassment as illegal. That helps educate people on the intensity of the crime and prevents them from becoming victims to such kind of behavior. The best way to do so is by conducting training and awareness programs and including the legal procedures in the anti-harassment policy.