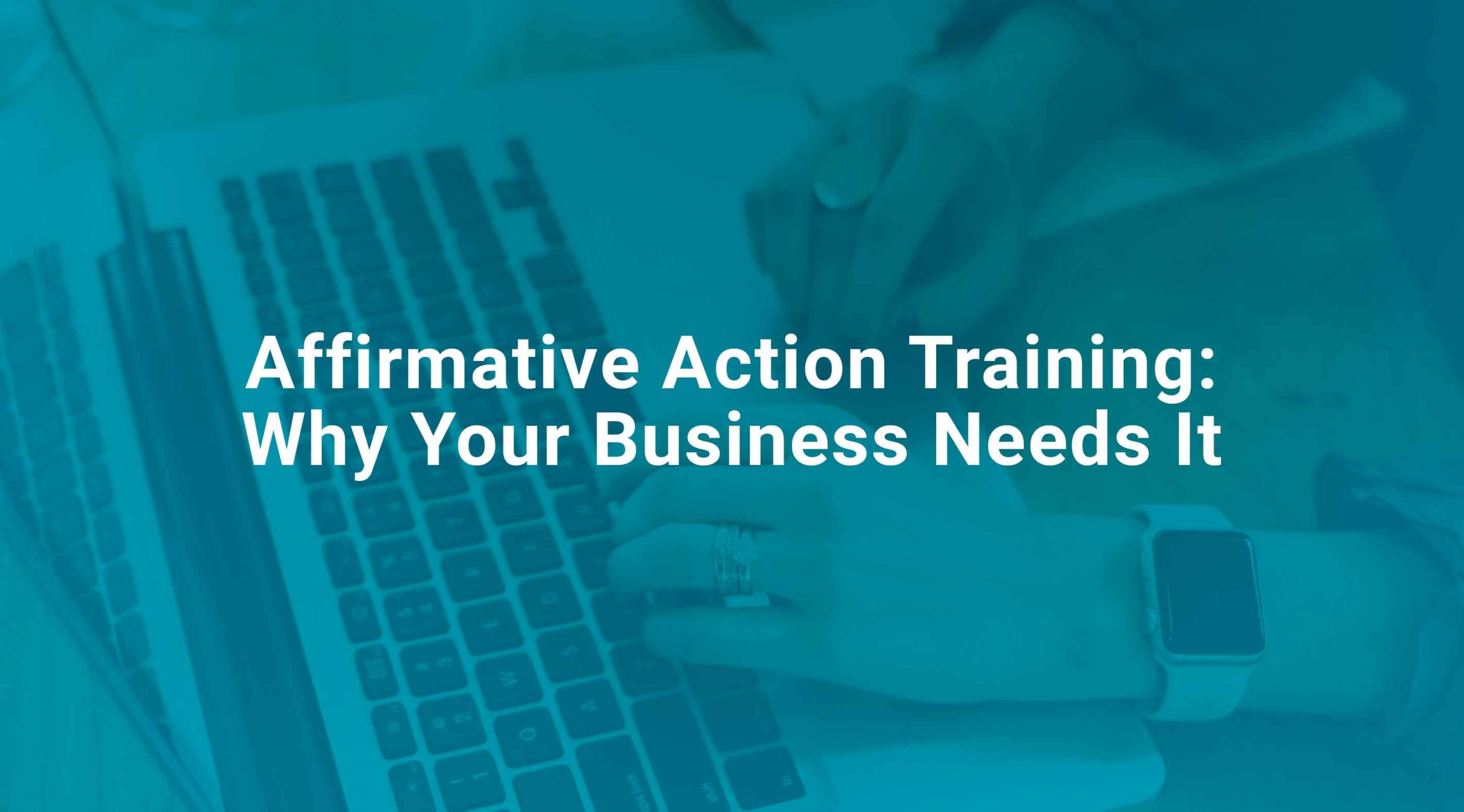 Affirmative Action Training: Why Your Business Needs It

Affirmative action trainings are "a government-mandated effort to create equal opportunities for members of group who suffered discrimination, typically by giving them preferential treatment in hiring, education, and other areas."

Affirmative action is essential in the workplace because it helps to ensure equal opportunities for everyone. It also helps provide a level playing field for people who are being discriminated against due to their race, gender, etc.

The History of Affirmative Action

Affirmative action has been around since the 1960s and is still a controversial topic in many ways.

President Kennedy first introduced affirmative action in 1961 as part of his Executive Order 10925. Kennedy wanted to ensure that government contractors would not discriminate against women or minorities during their hiring practices. This executive order led to the establishment of affirmative action as a policy for government contractors, but it didn't affect other employers at the time.

In the 1960s and 1970s, the Civil Rights Movement led to legislation that guaranteed equal access to education for all students regardless of race. In 1965, President Lyndon Johnson signed into law the Higher Education Act of 1965, which provided federal funding for institutions that offered educational opportunities for underprivileged students to help them meet the requirements for admission into colleges and universities.

In 1967, President Johnson signed Executive Order 11246, which prohibited employment discrimination based on race or sex within federal government agencies.

The Need for Diversity and Inclusion

The world is more diverse than ever before—more people of different backgrounds, ethnicities, and cultures. With the increase in diversity comes the need to develop a strategy for diversity and inclusion.

Diversity and inclusion are essential in business as well as society. With a diverse workforce, companies can access a broader range of perspectives and experiences that can help them make better decisions.

In the U.S., affirmative action has been implemented by many government agencies and private businesses to increase diversity and equal opportunity for traditionally underrepresented groups such as women, ethnic minorities, and LGBT+ individuals.

An effective affirmative action program must have a clearly defined goal and objective and several steps to achieve that goal. It should also demonstrate how the company will benefit from the program and its impact on society if implemented successfully.

These training courses are now a popular way to address diversity in the workplace. These courses help business owners take proactive steps to improve their workplace culture and make it more diverse.

Some of its benefits include:

Tips on How to Increase Participation in Your Affirmative Action Programs

Affirmative action programs are designed to increase diversity in a company or organization. There are many ways to increase participation in these programs:

Affirmative action training is a type of training that helps people at a disadvantage to improve their performance. The training is based on the idea that people who have been discriminated against need to learn how to overcome their disadvantages to succeed. This can be achieved through both cognitive and behavioral interventions.

This training aims to help people from underrepresented groups achieve success in their careers and life. The interventions are also designed to help them develop self-awareness, self-management, and emotional intelligence skills.