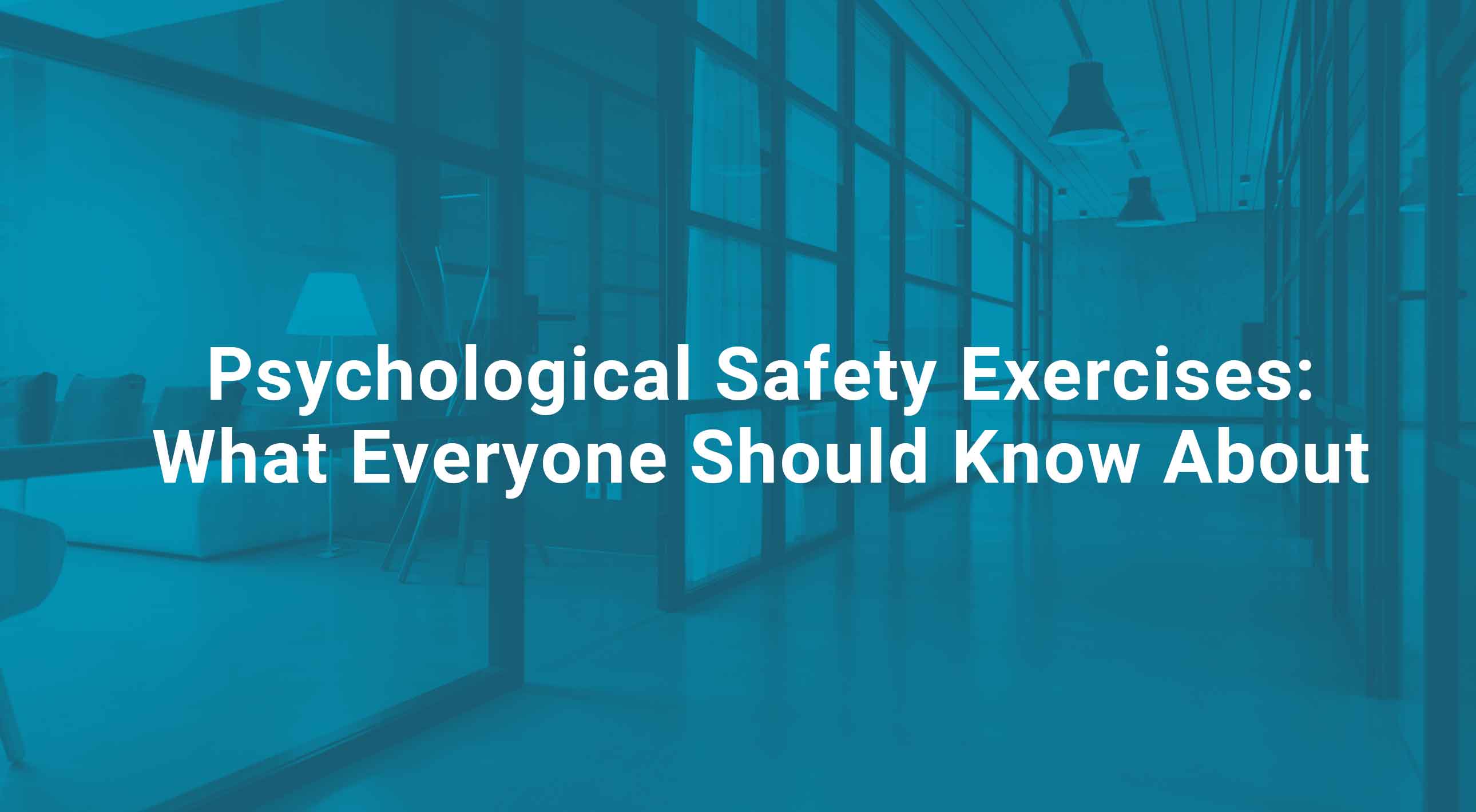 Psychological safety exercises refer to the shared perception that it is acceptable, honest, and transparent in a group meeting in an organization. Psychologically safer working culture is where individuals are not filled with fear and do not attempt to cover their tracks to avert being ashamed or pushed. In other words, speaking up and learning from one's mistakes is motivated, if not celebrated. Building higher levels of mental safety in your institution is a lengthy and worthwhile trip, and much of the hard work entails leadership, clarity of direction, support, frailty, curiosity, and much more.

How can You Promote Psychological Safety Through Exercises?

Here are some ways to promote psychological safety exercises in your workplace.

According to research, only 20% of the attendees dominate 80 percent of the discussions in most workplaces. Psychological safety is about more than just making people feel safe. And it is also about increasing participation, and all opinions must get heard.

Women, minority groups, and extraverts who remain silent at work rather than face unfair criticism and judgment are not simply fearful. They are being drowned out by those who speak louder.

According to a recent report on workplace psychological safety, it is much more difficult for women to gain recognition than men. After analyzing various businesses, the institutional psychologists discovered that when male staff introduces an idea to increase revenue, they receive considerably higher performance evaluations than women who contributed equally useful insights.

Conversational turn-taking is a good way to ensure that everybody gets their turn. Most importantly, you want to prioritize quiet opinions over loud ones.

What's the point of attracting someone to a meeting if every idea is crushed by someone more outgoing?

Making room for a variety of people, perspectives, and ideas is critical to the success of any company. Meetings can quickly become a traumatic process for someone who is constantly interrupted. People become anxious when there is a lack of psychological safety, so they remain silent.

The "No-Interruptions Rules" are self-explanatory. When somebody is speaking, the rest of the group should actively listen. It is not permitted to express one's opinion, respond to what the other person is saying, or try and force one's ideas on others and allow people to speak openly and feel valued.

While you might think of this name as peculiar, anxiety parties are a great way to boost psychological safety and make the group more susceptible and effective. A design team at Google Ventures first proposed this concept. They kept a relatively balanced team structure and reaped the benefits of independence and freedom. In this psychological safety exercise, everyone first takes 10 minutes to write down their greatest worries. Then, people are given two minutes to prioritize issues in order of concern, from most to least.

Following that, each person gets the opportunity to express the source of their concern. Colleagues rank the issue on a scale of one to five based on how much it bothers them. After going over our fundamental fears, you can find out that most of them are baseless, and people usually worry about trivial matters. Getting people's input in the form of a score alleviates anxiety.

Many fears, however, can be justified, and employees must begin by tackling the problems that receive a four or a five. Check with the team what needs to occur and whether individual or collective behavioral changes are required.

The attitude that a team brings to your workplace will influence the outcome of your psychology safety exercises. You can't expect people to abandon their emotional states, as addressing them will make them feel more secure and centered. Therefore, when speaking of psychological safety exercises, how a person enters a room and how they leave a space matters the most.

A check-in round is more than just a warm-up activity. It is a deliberate practice used to begin a session and raise self and team consciousness. Before the work conversation begins, a mediator invites each participant to share what (mindset) they're bringing to the table — one at a time.

Checking in is about tackling your mental state, not the condition of a project. This practice enables people to be truly present while also feeling heard. It builds trust, gives everyone an opinion, and reminds us that we are all human.

Enabling a check-in round is a simple way to begin establishing psychological safety. It takes time and practice. People may think it is a waste of time at first, but most individuals will share something that will prove beneficial for the whole team.

People prefer to talk to random people or a single individual rather than a large group. Most people find roundtable discussions or large meetings threatening, and they do not feel psychologically safe speaking up and sharing their ideas in public. This psychological safety exercise is great for getting people to participate in problem-solving or input sessions. It promotes open and candid dialogue by making people feel okay to express themselves gradually.

People begin operating independently and progressively share their ideas with more people until the entire group works as one. Managers must stick to this order and allow people to work independently (the duration depends on which exercise you are facilitating). Then, pair individuals up and give each pair two minutes to share their ideas. After that, give them 2-3 minutes to discuss it and find shocks, contradictions, and similarities. They should also take advantage of this time to expand on each other's ideas.

Pairings are usually done in a team of four, and each team has four minutes to communicate and create on each other's concepts. Finally, each team shares its centralized ideas. People can place the most urgent problems or vote on the best concepts in a brainstorming process depending on the nature.

Psychological safety can appear to be a strange, expressive topic, and in some ways, it is. And this can make it difficult to quantify. However, it's relatively simple to tell when you have it and when you don't. Using the exercises in this guide, start by determining whether or not your team has psychological safety. If not, that should be your sole objective.

Then, concentrate solely on gradual improvements. It doesn't have to be a big deal, and it shouldn't be. Attempting to solve all of your problems at once is likely to cause stress and anxiety. Take baby steps toward your objective and use an evaluation to reflect on how things are going every month or quarter.