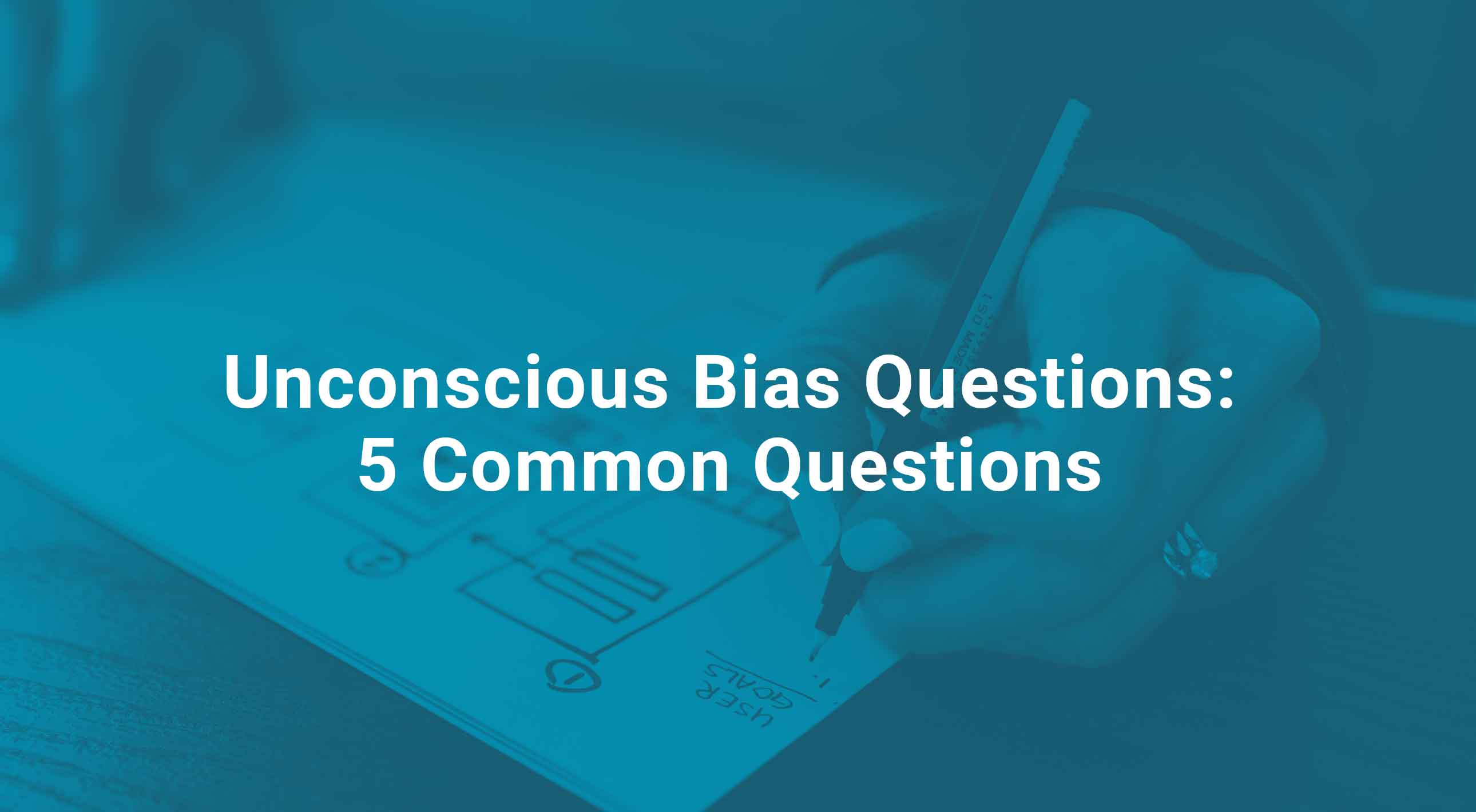 1. What is unconscious bias, and why do they occur?

Unconscious biases, also known as implicit biases, are internal views that influence how people perceive other people. Although logical thoughts are more well-developed, subconscious attitudes can be deeply ingrained. Many of us were exposed to prejudices and biases in our social, familial, and institutional contexts as a child.

In everyday situations, people's emotional and cognitive responses can influence their subconscious biases. For example, there are several common biases in how people view their mental processes and reasoning abilities, such as focusing on the unfavorable characteristics of people who conform to one's own beliefs—as in confirmation and affirmation prejudice.

Other unconscious biases are based on the appearance of other people. Many of these biases stem from preconceived notions. They can lead to harmful behaviors like racism, ageism, and a preference for physical attractiveness based on appearance alone. Unconscious biases that stereotype people based on their behavior are also a problem. These biases are rarely discussed, but they can discriminate against people because of their personalities.

2. From where do unconscious biases come from, and how do we reduce them?

Everyone has an unconscious bias — preferences for and against something. It's how the human brain processes a constant flow of information and makes sense of a complex world. To avoid information overload, the brain uses shortcuts, causing people to make rash decisions and generalizations.

Some generalizations are, unfortunately, social stereotypes. The essential word here is "unconscious," whether the biases are good or negative. People who are unaware of their biases are unable to manage them, which leads to biased practices and decisions. Unconscious bias goes beyond race and gender. Many things can influence it, including age, abilities, religion, sexual orientation, and ethnicity.

An excellent place to start is by slowing down — decisions are more likely to be affected by unconscious biases when they are made quickly or under stress. Some ways to avoid snap judgments and safeguard against bias are:

3. What are the different types of Unconscious Bias?

Unconscious bias, also known as implicit bias, is an assumption, belief, or attitude that exists in the subconscious of the mind. Everyone possesses these biases and uses them as mental shortcuts for speedier information processing.

As soon as we give someone a "halo" for something they've done, it can distort our perception of everything else they've done or are capable of. It's common to see someone with an honorary degree from Oxford or Cambridge, or a university degree, etc. – as an example of this. When we see a person's successes, we can allow them to influence our view of them in other ways.

An individual's appearance can significantly impact how others perceive them if they have a single "weak" feature, such as the Horns Effect. This is an example when evaluating someone solely based on their appearance or personal style. For example, someone can assume that their suitability and work ethics have nothing to do with their attire, even though this is not the case.

Our perceptions of individuals and their achievements are influenced by attribution bias. During the hiring process, it's easy to see this. When it comes to self-evaluation, people attribute their successes to their character and disposition while attributing their failures to circumstances beyond their control. Among the possible external conditions is the presence of someone who harms them and hinders their ability to perform at their peak. It is common for employers to believe that prospective employees are undervalued. It's more common to think of other people's success as a fluke and their flaws due to their personality.

"Confirmation bias" refers to the tendency to seek out, comprehend, focus on, and remember encounters that support preexisting beliefs. When it comes to this particular bias, hiring managers need to be extra careful.

4. Can unconscious bias impact inclusion? If yes, how can we avoid it?

Biases in the professional world can prevent teams from achieving their common goals. As a result, inclusive networks that foster innovative and creative thinking may be suffocated.

In today's increasingly diverse workplace, it's critical to back initiatives that promote diversity and inclusion. Companies that focus on attracting and retaining employees from diverse cognitive and emotional backgrounds fall into this category. In addition, employers must provide employees with basic anti-harassment and anti-discrimination training. Finally, the employer should also provide employees with training in unconscious bias.

Employees become aware of their own biases due to practical unconscious bias training. In addition, by participating in the movement, they learn how to reduce the impact of bias on their work decisions and interactions with coworkers.

To begin with, training should not imply that people are deliberately racist, sexist, or discriminatory in any other way. The human condition is rife with unconscious and unintentional biases. To round things out, training should emphasize that anyone can be both a victim and a perpetrator of unconscious bias.

During their training, employees should learn how to take concrete steps to make their workplace more inclusive. Overgeneralizations are avoided by avoiding labels and generalizations, and automatic assumptions are questioned. The first step toward assisting employees in recognizing and combating their unconscious biases is to educate them on these practices.

5. Is unconscious bias in the workplace illegal?

Associating different groups of people with opposing views and beliefs results from unconscious bias. Individuals frequently have no idea that their implicit biases affect such an effect. People will act following an assumption based on an unconscious bias. Human resources decisions such as hiring, promotion, and firing can be influenced by biases that people are unaware of.

Criminalizing unconscious bias would be like attempting to criminalize breathing because being human means that we all have biases. Training must address workplace and life-wide unconscious bias. Therefore, it is not illegal to have an unconscious bias. Still, it can be dangerous when used to make employment decisions. Unlawful is to mistreat people based on their employment status.

Unconscious bias might be why a boss refuses to promote a woman or overlooks a black job applicant for an open job position. But, frankly, unconscious bias never excuses employment discrimination.

Unconscious Bias can be avoided if you continue your work on the affinity bias and hire diverse teams that avoid the groupthink trap. If you create a diverse and challenging workplace, unconscious bias will be less likely to take hold.