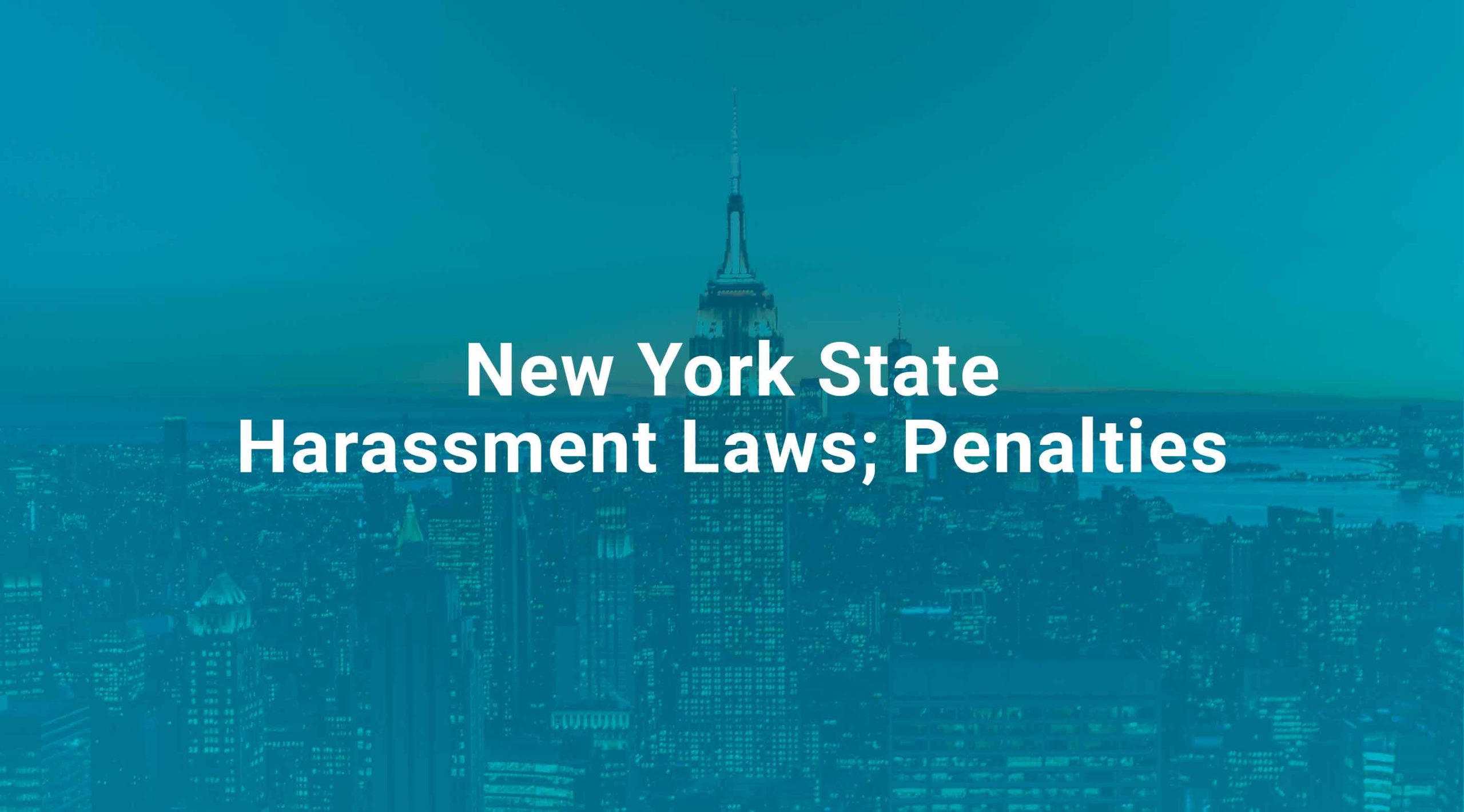 What Actions Count as Harassment in New York?

Harassment is committing actions with the intent to harass, threaten, seriously annoy or alarm another person. Depending on the severity of the alleged act, it can be a violation-level offense, a misdemeanor, or even a felony. Law enforcement examines the steps of the accused and the other party to know the seriousness of a potential charge. It is crucial to take any harassment seriously. For a violation-level offense, the alleged victims may push for protective orders preventing contact with the defendant or force the defendant out of a shared home.

Aggravated harassment in the first degree occurs with the intent to harass, annoy, threaten, or alarm another person because of their perceived race, color, national origin, ancestry, gender, religion, age, disability, or sexual orientation. It takes place when the person depicts or otherwise puts a swastika on any building, public or private, depicts or otherwise places a noose anywhere, public or private, without the express permission of the owner of the property, or sets a cross on fire in public view.

It may also happen when someone damages premises primarily used for religious purposes and the damage exceeds fifty dollars or has a previous conviction for the same offense. Aggravated harassment in the first degree is a class E felony.

Aggravated harassment in the second degree occurs with the intent to harass, annoy, threaten, or alarm another person. Usually, it happens when they communicate with a person, anonymously or not, by telephone, mail, or other written communication in a manner likely to cause annoyance or alarm.

They may also make a telephone call with no purpose of legitimate communication, or strike, or attempt or threaten to strike, a person on their perceived race, color, national origin, ancestry, gender, religion, age, disability, or sexual orientation. They may even strike someone causing an injury to them and are repeat harassment offenders. Aggravated harassment in the second degree is a class A misdemeanor.

What is New York Doing About Sexual Harassment?

New York passed a bill in April 2019 that requires all non-governmental employees with fifteen or more employees to have an annual interactive sexual harassment training for all employees, including those in supervisory or management positions. The training must meet interactivity sexual requirement requirements set by New York State.

There must be an interactive component like a question-answer session with the employees to ensure they know what harassment constitutes in New York.

In-person interactivity has a presenter ask questions and allow the employees to ask questions throughout the presentation. One way to ensure that sexual harassment training is interactive is to have employees fill out a feedback survey.

What Does Training Need to Include?

Since the harassment charges in New York state depend on harassing actions, they differ in severity. Charges for harassment under the New York Penal Law can include jail time, fines, or both. Here is an overview of the penalties applicable in different cases:

Aggravated Harassment in the First Degree

Aggravated Harassment in the Second Degree

New York harassment laws recognize third-degree stalking as a separate category when the perpetrator harasses someone and shows behavior that makes the victim fear injuries, sexual assault, death, or kidnapping. Stalking may target the victim or their family member. As a class A misdemeanor, third-degree stalking is punishable by a year in prison and three-year probation.

New York State is leading the nation with new laws to combat sexual harassment in the workplace. On August 12, 2019, the signed legislation strengthened protections against discrimination and harassment under the New York State Human Rights Law. These protections supplement the laws that the Governor signed in April 2019 as part of the 2019 Women's Agenda.