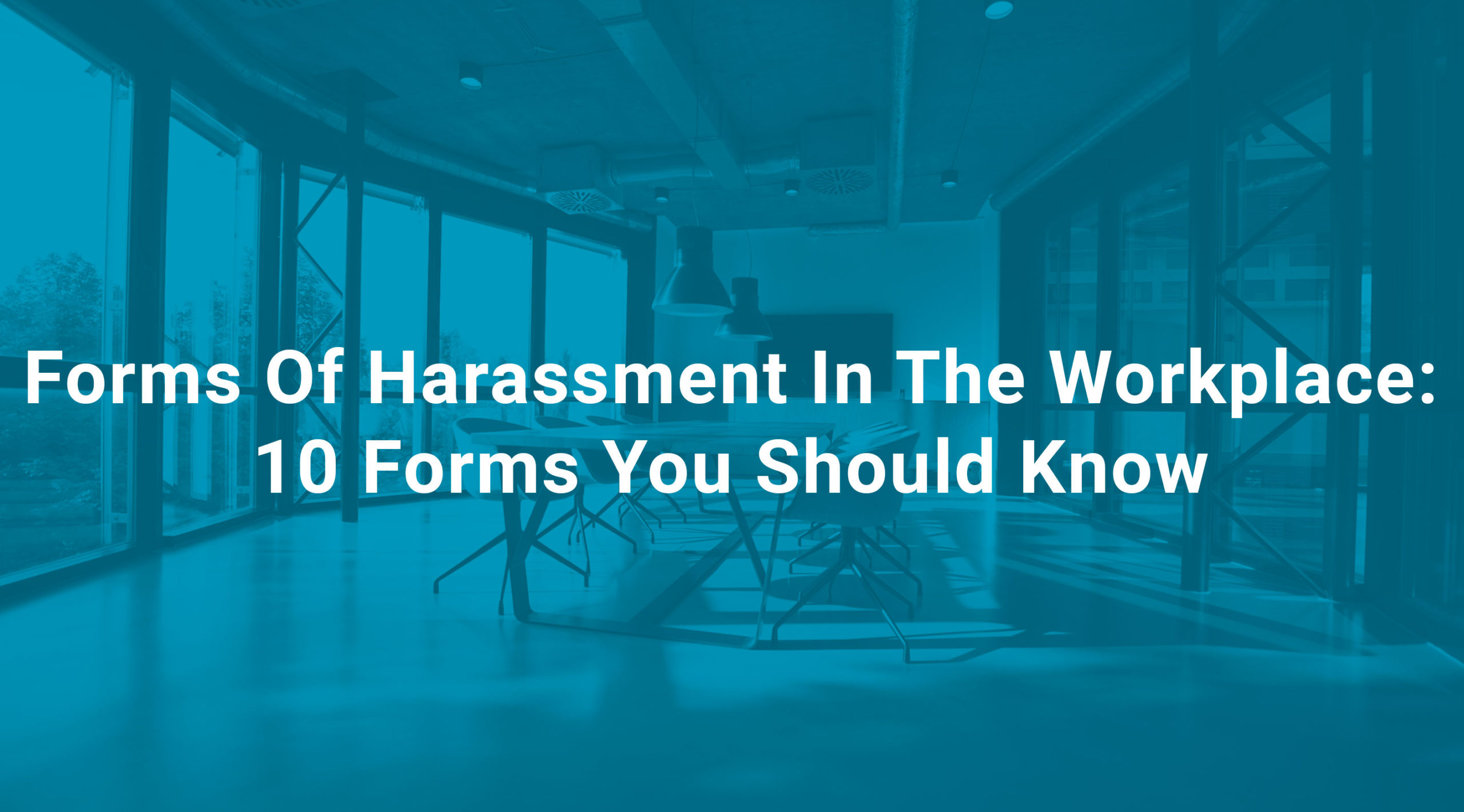 Forms Of Harassment In The Workplace: 10 Forms You Should Know

Any undesirable behavior from an employee in authority or otherwise that leads to creating a toxic workplace is said to be a form of harassment. Harassment can manifest itself in a variety of ways. This includes discrimination, bias, physical or mental abuse, and so on.

The current work in the US consists of some of the most diverse employees. From multinational companies to more local establishments, the employees being recruited come from a variety of backgrounds. However, this diversity and possible lack of communication or awareness can lead to some minorities in the workplace experiencing some harassment.

10 Most Common Forms of Harassment

In order to overcome the chances of harassment taking place, a company must make an active effort to make their employees aware of it. The first aspect of spreading awareness regarding harassment involves defining and understanding the most common types.

One of the more common instances where harassment takes place involves the abuse of power. A situation where a person in a state of authority exercises their power to create a hostile work environment for their subordinates. Employees can experience this type of discrimination in several ways. It can involve verbal or physical.

For example, a boss or manager may impose the following situations on their subordinates:

However, in all cases, it leads to the victim developing feelings of sadness or anxiety towards their job and the abuser in question.

Another prevalent situation of harassment in the presence of bias in the workplace. Discriminating against one’s race, color, upbringing, and more can negatively affect an individual. The several types of bias present in the workplace and their manifestation include:

This includes having preconceived notions about a certain individual based on their race or ethnicity. Minorities like Hispanics, African-Americans, and Asians are usually the victims in this case.

Racial harassment is said to occur when employees engage in:

This type of harassment is said to be present in situations where a colleague threatens to carry out or carries out physical attacks against another. This is also known as workplace violence and can have serious legal implications in case it is classified as assault.

Therefore, the chances of this taking place are less. However, certain involuntary instances that cause physical harm to another can be considered as physical harassment unless proven otherwise. Therefore, a company must ensure that its workforce receives proper education in harassment prevention.

Prejudice can be held by the enterprise as a whole or on a personal level as well. The basis of the prejudice can be due to various factors and will only have significant value when it belongs to a person in authority.

For example, it can occur when:

In general, sexual harassment is characterized by any instances which lead to the victim feeling sexually violated. This includes unwanted sexual advancements from co-workers or managers and sexual conduct. This type of harassment, like physical harassment, possesses legal consequences.

Some examples of sexual harassment include:

This involves marginalizing a certain group in the workplace based on their sex or gender. In some workplaces, women and transgender people tend to face discrimination due to their gender. This is a prevalent form of harassment that can lead to the victim group feeling belittled and insignificant.

Common cases where this may take place includes:

Several companies use social media to help increase the interaction between the employees in the workplace. In many companies, employees use messaging applications and platforms to discuss personal matters as well as long as there is consent from all parties involved.

However, there are chances that this consent can be exploited. This tends to occur when an individual or a group posts derogatory content regarding another employee on these platforms. The negative atmosphere created by this content will lead to a hostile work environment.

At present, this type of harassment tends to go unchecked since the law does not strictly mention it. Therefore, the responsibility of curbing cyberbullying depends majorly on the enterprise.

This harassment is also known as Quid pro quo harassment. It is a subset of sexual harassment where a person having substantial influence in the workplace asks for favors from another individual. Usually, the perpetrator asks for sexual favors from the victim in return for certain benefits. In some cases, the harassment can also involve blackmail.

The benefits or favors can include procuring a job, promoting better opportunities, or higher pay. In more devastating cases, the perpetrator may also warn the victim about a possible termination in case they do not comply with the demands.

Discrimination against a certain religion can be extremely offensive to the victim and other employees having the same beliefs as well.

This can be seen in a workplace that:

Of the above variants of harassment, the more common ones include the harassment in which a bias is present. This includes harassment against gender, religion, and race. In fact, some estimates state that persons of color having the same qualifications as that of the Caucasian population are twice as likely to be unemployed.

Protection against forms of Harassment

The first instance where a victim of harassment could attain justice was the Civil Rights Act in 1964. According to this Act, an employer or co-worker could not discriminate against an individual on the basis of their age, race, and other factors. Several bills like SB 1343, SB 1300, and more have been passed and implemented as laws. These bills encourage companies to make their work environment more hospitable to all groups.

Therefore, the measures put in place by the government help to make the modern workplace free from discrimination and harassment. Companies are now able to educate their workforce through certain programs and workshops. In addition to this, any claims of harassment are also taken with the utmost seriousness to protect the victim and foster a healthy workplace environment.