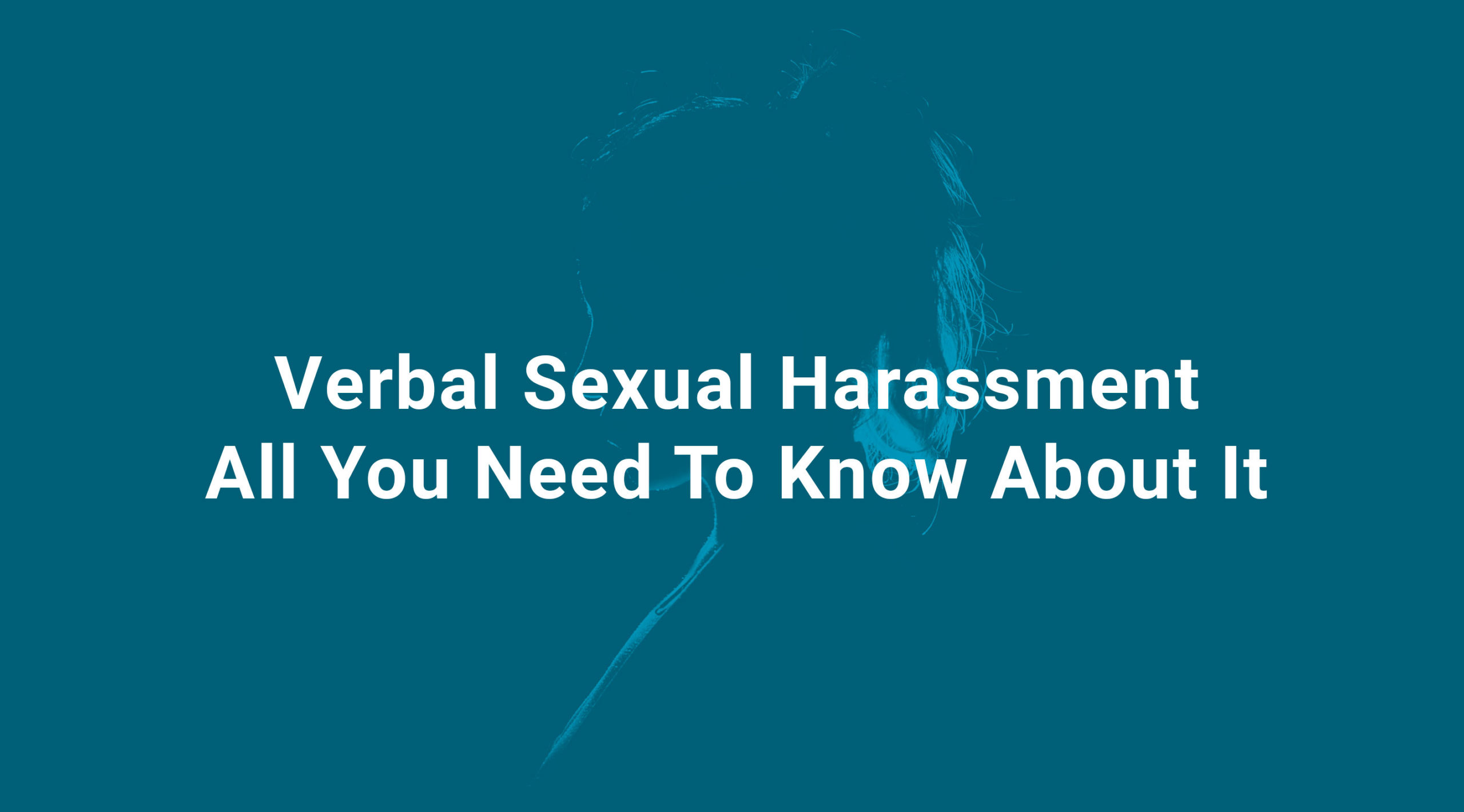 Verbal Sexual Harassment - All You Need To Know About It

Verbal sexual harassment refers to any unpleasant behaviour of a sexual nature, including sexual advances, requesting favors in exchange for rewards, using obscene words, etc. It can be both physical and verbal and is a punishable offense.

Using unpleasant words in a workplace leads to a hostile work environment.  It is condemnable and one of the primary points in a company's policy. However, it is often difficult for a person facing verbal sexual harassment to speak out against such behavior.

The report shows that verbal sexual harassment is more common due to its 'harmless' nature. It can even come from a friend or a friendly superior as a joke which is not acceptable.

Unwelcome or unsolicited behavior is pivotal to the understanding of verbal sexual harassment. The survivor might be a willing participant in certain acts. However, consent might be taken back at any moment by the persons involved. It should typically put a stop to any behavior. The persons in such acts have a right to withdraw consent or change their minds.

Workplace harassment can be both verbal and non-verbal. Both behaviors are usually repetitive and can continue due to a lack of consent. Furthermore, the victim doesn't need to be the continuous target of the harassment. Anyone who is affected by such behavior can and should report it.

16% of men have experienced harassment at the workplace. It shows that harassment can happen to anyone, regardless of their gender. Verbal sexual harassment is reported less in the case of men. Existing prejudices do not allow men to be seen as survivors of sexual harassment. However, this narrative needs to change today.

Dealing with Verbal Sexual Harassment in the Workplace

Dealing with verbal sexual harassment in the workplace lies in the decision taken by the victim. Some might choose not to report, in which case they should not be pressurized. The person affected might also seek legal counsel. Here are some steps to be followed:

The survivor may choose to report the behavior either to HR at the workplace or seek legal proceedings. In such cases, the person affected must have support. Today, most company policies have been upgraded to include serious consequences in case of sexual harassment at the workplace.

One can file a charge against the perpetrator at the Equal Employment Opportunity Commission or an equivalent body. This helps resolve the claim with the company, failing which the survivor has the right to file a lawsuit against the company.

Apart from this, there are training programs offered by private enterprises. The training help people find the root cause of this sexual harassment and get a fair idea to deal with it.

Getting in touch with firms that provide sexual harassment training is a good place to start.