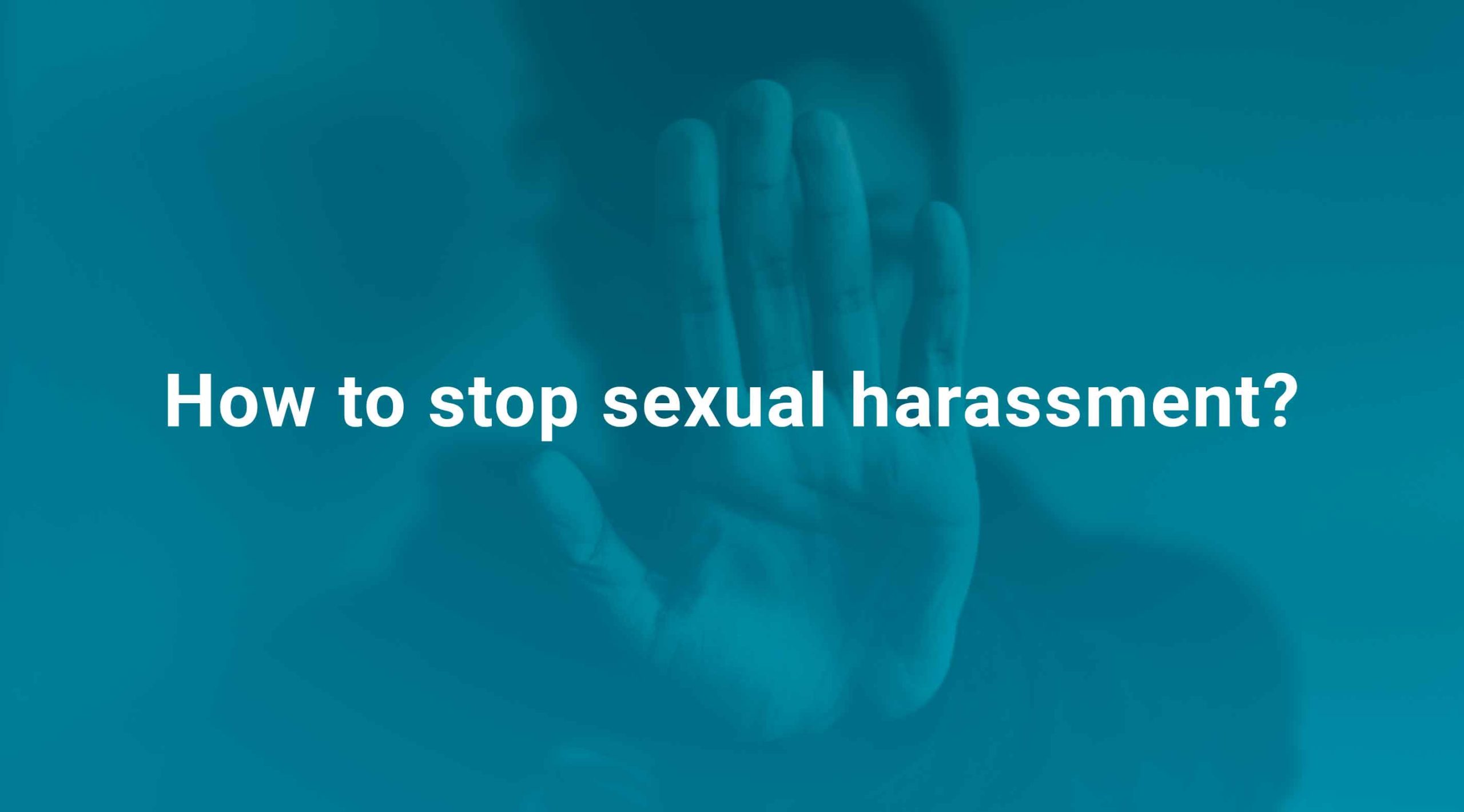 How to stop sexual harassment?

Organizations are focusing on how to stop sexual harassment in the workplace. According to a study, there are 81% of women and 43% of men are sexually harassed or assaulted in any form of them in their lifetime. Sexual harassment is making another person uncomfortable or humiliated and making requests for sexual favors or any other unwelcoming way, which can either be in the form of verbal or physical. Such things affect an individual's work performance and create an offensive working environment.

Many studies have found that most women end up quitting their job after getting harassed sexually or assaulted in any other form, causing organizations to hire new employees frequently. This degrades their values if they don't eliminate the sexual harassment or take strict action against it.

What are the kinds of sexual harassment?

There are three kinds of sexual harassment, including:

It is a kind of abuse that involves graphic comments, sexual propositions, or inappropriate body movements, making the other person excruciate. Here are a few things which fall under verbal harassment:

It is a situation where the individual flashes things to the other person without their consent. It includes:

This is an act where someone touches you inappropriately against your will. It makes the victim feel embarrassed and uncomfortable. Physical harassment includes:

How to stop sexual harassment at the workplace?

Businesses suffer if they are accountable for the act done under their supervision. For instance, employers in a company can be liable for any form of sexual harassment committed by their employees and have to defend themselves only if employers show that they have taken reasonable actions to prevent any sort of harassment.

Here are a few things that can help stop sexual harassment:

The board and CEO of the organization should have zero-tolerance against harassment. They must take serious action and make it clear that the punishment for the same applies to the whole organization regardless of their title. The board should regularly review the data on sexual harassment. For instance, keep a record of how many harassment cases are reported and how long it takes to resolve those cases. They should also approve an anti-harassment policy and include training courses related to sexual harassment in the workplace.

Everyone in the organization must know about the reporting channels where they can report their issues while keeping their identity anonymous. It can be challenging for investigation, but the reporter feels safe and can be comfortable in sharing more information.

Education has safeguarded inappropriate behavior and empowered those who have faced sexual harassment and reported the case. Training helps build a safe community within the workplace where everyone works towards the same goal. There should be a demo of how other employees should react when they see someone harassed in a workplace or even outside.

Be proactive and include questions in your survey whether the employees have seen an act of sexual harassment and whether they have reported it or not. Taking immediate actions reflects on a company's reporting program.

How to report a sexual harassment case?

Report the case, and the committee will initiate the investigation within ten working days. Either party might be asked to attend the meetings, and a decision will be made based on the discussion. The action taken will be notified to the complainant within five working days after the final meeting. If either party is not satisfied with the final verdict, they can request the Managing Director to reconsider the decision and come to a final decision.

The company's job is not to victimize the sufferer and not discriminate against while dealing with the complaint. The victim can either transfer or can discuss with HR regarding the transfer of the preparator. While the whole process continues, the complainant's identity is kept anonymous to prevent their discomfort. If some third-party person does the harassment, necessary actions will be taken. The victim is granted leave and provided an option to transfer to a related company's business or stay in the same department.

What is hostile environment sexual harassment?

To conclude, sexual harassment is a crucial issue, and if left unnoticed, it can cause a lot of problems for the victim's personal and professional life. Thus, make sure that when you face the situation, raise your voice, take all the necessary actions, and make the preparator accountable for their actions. Greater awareness of sexual harassment and more proactive company involvement should help minimize the occurrence of sexual harassment and the damage it causes.