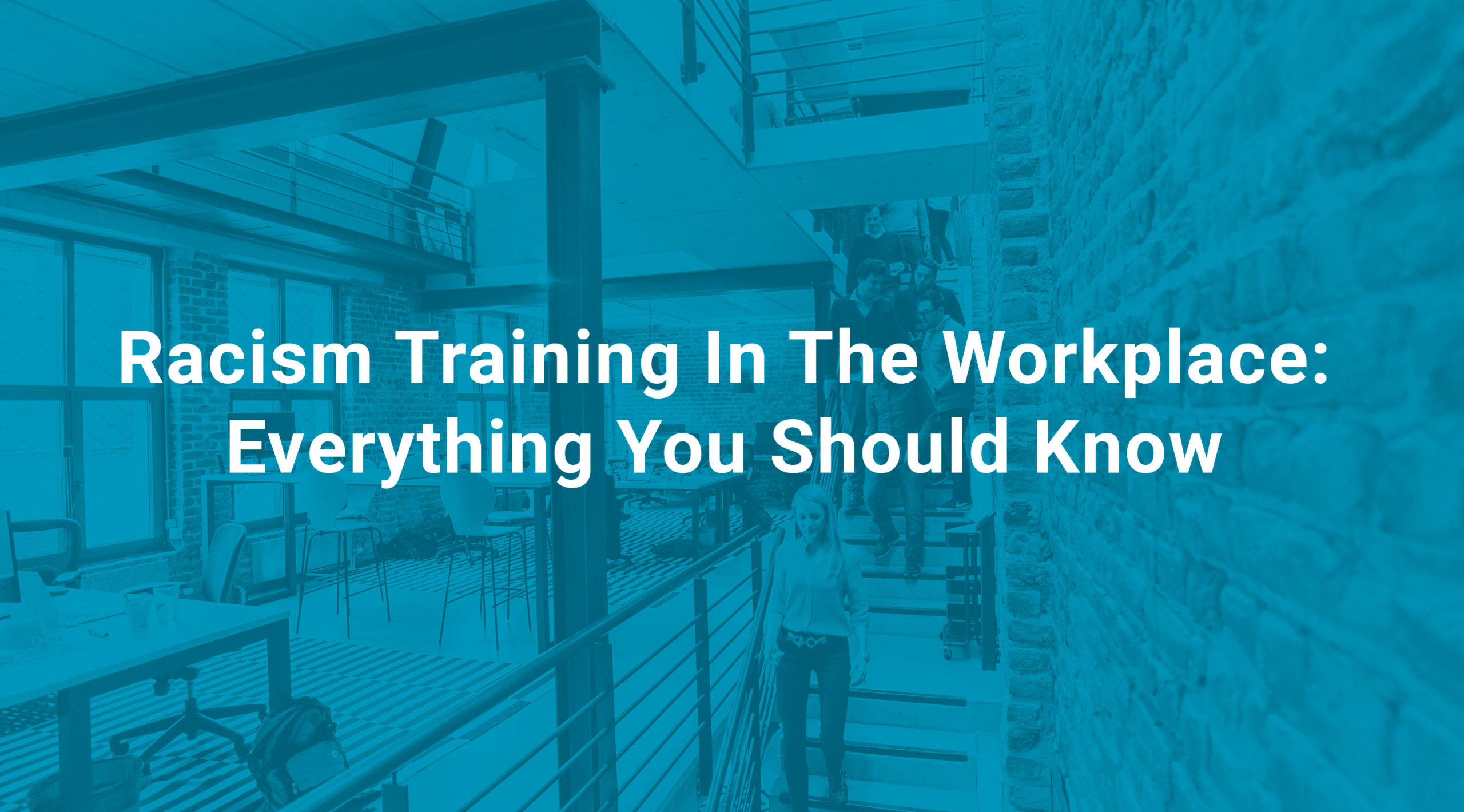 Racism Training In The Workplace: Everything You Should Know

Racism training is a specific program that reveals individuals to their particular unconscious racial prejudices and biases, provides opportunities, tools, and support to modify habitual patterns of thinking, and eventually eliminates discriminatory racial actions. These racial biases are taught preconceptions that are automatic, seemingly correlated, unconscious, deeply rooted, ubiquitous, and capable of influencing behavior and attitudes.

Since we have contact with institutional and cultural racism, bigotry and biases have infiltrated reasonably deep into our subconscious. Implicit bias is a component of the inequality system that explains racial laws, attitudes, and attitudes that specifically remain in modern culture in a big way.

What is the Need for Racism Training?

Creating awareness for subconscious racial prejudice is a crucial element of racial bias training. Humans have a cognitive tendency to form assumptions based on their preconceived notions. We tend to group and pair related events in our mind rather than accepting them individually.

Moreover, we relate everything to our childhood memories, learned episodes, and feed memories. As for memories, if a small part of the information is pestered in our minds from childhood, we tend to believe it as if it was real or actually happened. The most common example of this is myths.

The same is the situation with racism. We have learned or have somehow subconsciously believed that a particular class of people is superior or inferior, which is not true. To undo this learned behavior or memory, there is a need for racism training because,

Counter Stereotype racism training is one of the most effective and productive methods of addressing racial bias. A controversial issue is how to eliminate stereotypic responses and discriminatory actions caused by unconscious biases at work. One theory is that cognitive retraining, such as regularly practicing counter stereotypes, might significantly diminish implicit bias, reducing stereotype application.

According to one U.S. research, employment applications with historically white-sounding names received 50% more responses than historically Black names. In 2015, the research team 'Hu and colleagues developed a counter stereotype training technique to unlearn implicit prejudice, biases, and stereotypes while sleeping. Their study, however, differs from earlier studies because two distinct sounds were played following each successful match of gender or racial counter stereotype.

This implies that participants who listened to the sound relating to racial counter stereotypes had less racial prejudice but not gender bias, and vice versa. Cognitive diversity can boost organizational innovation by upwards of 20%.

One of the first research studies to evaluate the benefits of negation training on reducing implicit bias was undertaken by Kawakami, Davido, Moll, Hermsen, and Russin in the year 2002. Subjects in their study were shown images of black and white people and a phrase that symbolized a stereotype.

A pre-existing stereotype, bias, or prejudice is triggered during negation training, and then you must then actively oppose the memory's significance and validity.

In 2018, researchers Johnson, Kopp, and Petty suggested that the denial was meaningless and that participants were not adequately driven to eliminate their inherent biases.

Perspective-taking fosters increased empathy for a particular stereotyped category of individuals. Adjusting perspective has been proven to successfully positively influence perceptions toward both individuals and their group as a whole.

This model of perspective has been proven to significantly reduce racial prejudice, stereotypes, preconceptions, and bias. According to 48% of employees, respect is the most critical aspect in creating an inclusive culture.

Meditation racism training has been incorporated into a wide range of modern analytical interventions due to its positive impacts on well-being, decreased depression and distress, and general mood enhancement. In 2008, Loving Kindness Meditation (L.K.M.), which aims to consciously trigger a psychological response of unrestricted compassion towards oneself and others, was introduced into implicit, subconscious bias, discrimination, and prejudice training.

In 2014, the researchers Kang, Gray, and David discovered that subjects that participated in a seven-week meditation process training demonstrated a substantial decrease in implicit prejudice toward African Americans and homeless people. In 2016, Stell and Farsides discovered that just seven minutes of Loving Kindness Meditation reduced subconscious racial discrimination and bias for a group of people.

Employer diversity is crucial to 67 percent of job searchers when assessing employment possibilities. More than 50 percent of current employees want their workplace to do more to boost diversity.

To avoid the episodes of racial bias, racism training is a must. This ensures that no employee or individual is biased for any caste and treats everyone equally. It will help establish a homogeneous workplace relationship and goodwill.