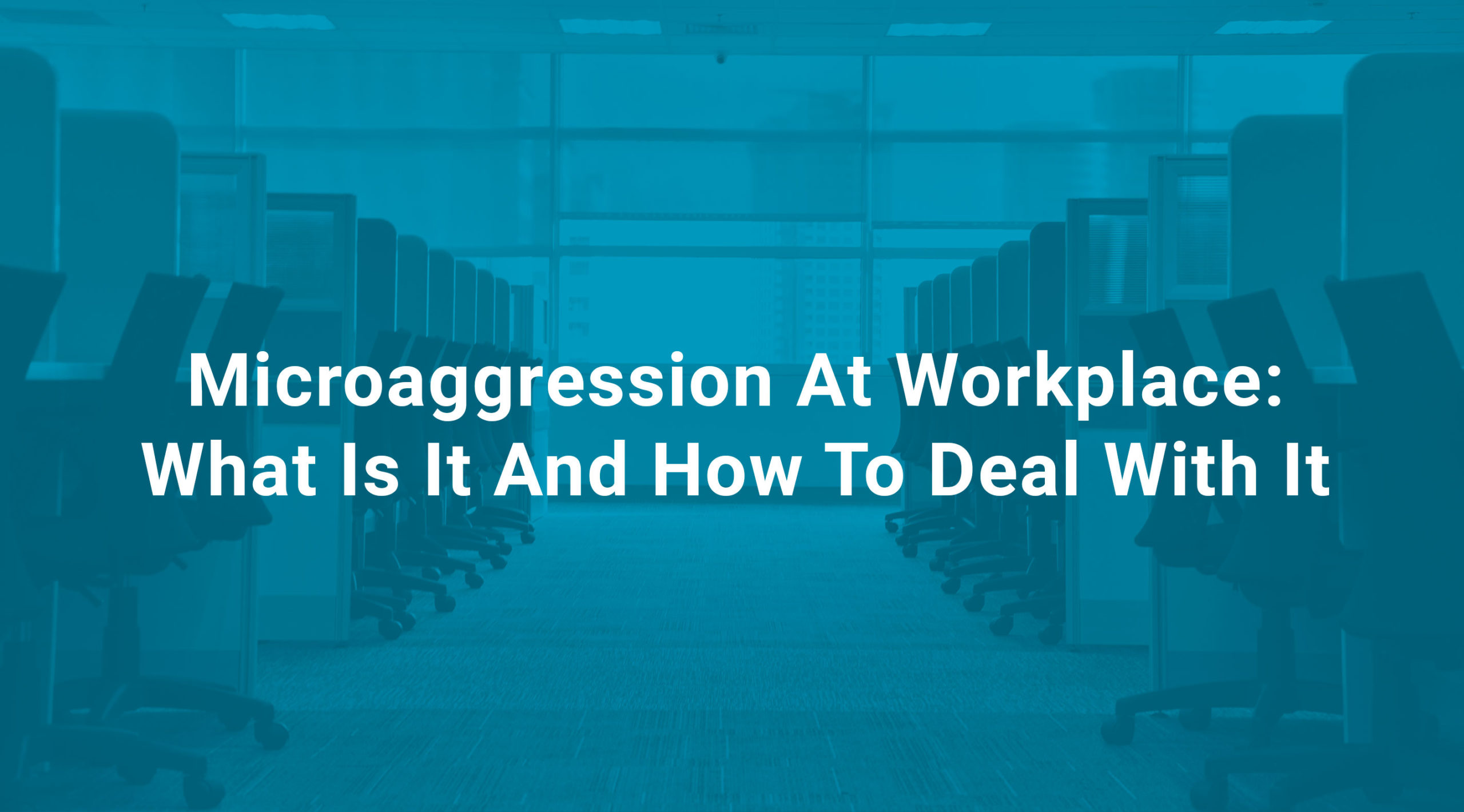 Microaggression At Workplace: What Is It And How To Deal With It

Microaggressions at the workplace are discriminatory remarks, behaviors, or incidents directed towards a certain group. It can be either verbal, behavioral, or environmental. Individuals of color, women, persons with disabilities, minority religions, and homosexual, trans, bisexual, and gender identity are among those targeted.

They are described as subtle and indirect. Some detractors argue that they are insignificant. Microaggressions, on the other hand, can impact the victim's emotional and physical health.

Types of Microaggressions at the workplace

Microaggressions may be classified into three types, according to experts:

These are habits and actions that aim at marginalized groups. When a person undermines the efforts of target groups, it is referred to as invalidation. Racism exists in society, and those who say racism doesn't exist, deny reality.

These assaults are when people unwittingly or unwittingly talk or behave in a discriminatory manner. When people transmit microaggressions, they may assume they are complimenting the recipient. They are, however, making derogatory remarks.

Examples of Microaggression at Workplace

Here are a few examples of microaggressions at the workplace.

Calling women by ostensibly nice names is not always accepted, and many women find it disrespectful. For example, a prominent Latin American corporation CEO told how much she despises it when her colleagues refer to her as Reina.

The fourth annual Women in the Workplace research from LeanIn.Org and McKinsey & Co highlighted the gender-based mistreatment still experienced by people in the 2018 workplace, revealing that 64% of females are still subjected to this sort of harassment, with non-white individuals facing it the most.

2. Assigning adjectives based on gender

Women who compete for something like a promotion or a raise in remuneration are 30% more likely to get criticism that they are "headstrong," "too assertive," or "aggressive" than males who bargain for salary terms.

This sort of microaggression happens when individuals characterize a woman's behavior in terms that would not describe similar activities by a male. For example, a woman may be labeled as being too lovely to work, bossy, a narcissist, overly pushy, needy, high-strung, etc.

Studies of investment firms in Sweden, of all places—one of even the most gender-balanced countries in the world—show how drastically men and women are often seen. These are how entrepreneurs who pitched in 2009 and 2010 were described. Male businesspeople were seen as young and promising, but female entrepreneurs were seen as relatively inexperienced. Men are cautious, rational, and level-headed, but women are too careful and uncertain.

There are these times when sexism, whether consciously or unconsciously, creeps in between our daily life. Like when a boss reminds one of his female colleagues, a new mom who frequently works late, that she must go home. But when asked whether they ask a man on his team the same thing, they have no answer. Direct, performance-based feedback and demanding assignments are essential for everyone's progress, yet women currently receive less of both than males.

This is referred to as benevolent sexism by psychologists Peter Glick, Ph.D., and Susan Fiske, Ph.D. According to their findings, males who engage in this microaggression are far less likely to provide women with genuine feedback and demanding projects.

Benevolent sexism is the belief or behavior that women are weak and require the protection of males. As an example, consider or remark that a woman would not desire the same level of stress, burden, or difficult job as a man.

Most of the female workers complain that coworkers and clients frequently undervalue them. Here are some examples of how women are looked down on or misjudged at work, during work events, and in general.

Infringing on someone's personal space as a kind of microaggression entails more than just unwanted contact. Women express dissatisfaction with their male coworkers' frequent disregard for their personal space. Manspreading, leaving stuff on other people's desks, and not stepping out of the way of making room for others when walking down the corridor are all examples.

Dealing with receiving Microaggressions at Work

If you find yourself the victim of a microaggression, taking a deep breath is the first step toward determining how to respond. It's quite simple to become enraged and strike out, especially if you've received your thousandth minor cut.

Then, consider whether you want to speak with the individual about what happened. It could be suitable to do it right then, but it might not be. It's critical to note that power structures might be at work there, so if you choose to approach someone, make sure you feel comfortable enough to do the same.

If you find yourself in a scenario where someone has contacted you with a problem, consider the following:

Even though more firms are promoting open dialogues about race in the workplace, we cannot disregard the historical reaction that Female officers have faced for speaking up. Cultural transformation requires time and effort. So, while we promote timely and strategic discourse about microaggressions, it is ultimately up to every individual to react in the most real way to who they are or how they like being viewed.