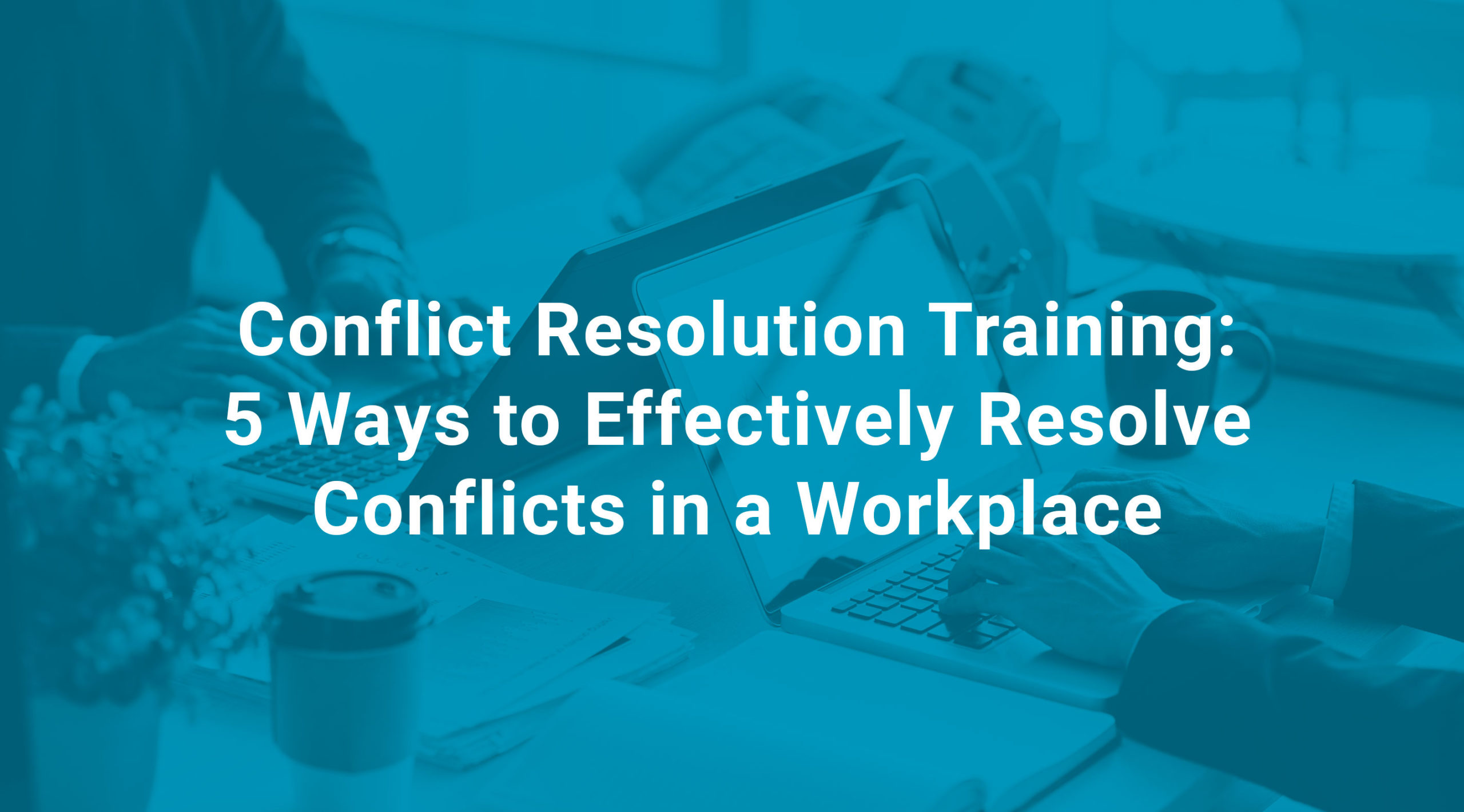 Conflict resolution is the internal or external procedure used to reach a peaceful conclusion to a disagreement.

Understanding how and when to utilize each style may assist in managing conflict as well as promoting teamwork among employees.

Collaboration is a blend of assertiveness and cooperation in which people try to collaborate with others to resolve the whole issue that fully addresses everyone's problems. This technique allows both parties to obtain what they want while minimizing unpleasant sentiments. Whenever the long-term connection and outcome are essential, collaboration works best. For instance, if you're going to merge two divisions into one, businesses want to have the best of each in the department.

Competitors are aggressive and confrontational, eager to pursue their issues at the expense of others. The opinionated persons are best served by a competitive dispute resolution method. When you apply this conflict resolution strategy, you hold a strong position and approach the situation with the mindset of bargaining what you want. This strategy relies on rational bargaining rather than empathy for others.

Individuals who keep the peace are often unassailable, discreetly avoiding a problem or just retreating from a potentially dangerous scenario. Use this when it's better to put off dealing with an issue, or you don't care as much about the consequences, such as if you disagree with a coworker continuously using WhatsApp at the workplace.

When adapting to satisfy the other side, there is an aspect of consciousness, which is the polar opposite of contending. So, whenever someone doesn't care too much about the outcomes but would still like to keep or grow a connection. For instance, if somebody is going out to lunch with the supervisor and says, 'It's fine with us if you'd like to have Thai food.'

This approach tries to find a quick, mutually beneficial system that solves both sides in a disagreement while preserving independence and cooperation. This is the ideal technique to utilize when the conclusion isn't critical and you're wasting time. Compromising entails both parties making concessions, resulting in each party being happy but not completely content with the conclusion. To move ahead, each partner gives up a few of what they want in a compromise.

Why Should You Resolve Conflict?

The fundamental objective of negotiating with your adversary is to reach a mutually beneficial agreement. Other compelling reasons to negotiate include:

How To Use Conflict Resolution To Handle Conflict At The Workplace

If an employee is working with others, they will almost definitely have to resolve a conflict at some time. For example, you could be called upon to arbitrate a disagreement between two colleagues in your department. Or you can be enraged by something a coworker allegedly said to you in a conference. According to CPP, 85% of single workers and leaders think that workplace conflict is unavoidable. Furthermore, 29% of all employees claimed they were in a state of continual conflict. Intriguingly, 12% stated they regularly witnessed disagreement among leaders. Employees may also be required to resolve a dispute with a client over a delayed deadline. Conflict is unavoidable in companies, and effective management methods are vital.

How To Use Conflict Resolution To Settle Disputes In Your Workplace?

According to a survey, over 60% of professionals in the United States have never undergone basic conflict resolution and solution training.

• Equality definitions that are self-serving

We perceive what will be most acceptable to us, then defend our decision based on unfairness rather than establishing what is reasonable from a neutral viewpoint. Heads of departments, for example, are prone to believe they are entitled to the largest proportion of the yearly budget. Conflicts arise when people disagree on what is fair.

Some employees tend to be arrogant in their decisions, which can lead to unreasonable expectations. Overconfidence in one's chances of winning a case, for example, is a mistake that might lead to them ignoring a peaceful resolution that will save them money and time.

Commitment increases in intensity. Negotiators are likely to unreasonably increase their commitment to their preferred plan of action long once it is proven effective, whether negotiating a labor strike, a merger, or a disagreement with a coworker. People urgently attempt to recuperate their previous investments in a disagreement, such as legal expenses. Still, we fail to realize that these sunk expenditures should have no bearing on future actions.

Because unpleasant emotions bring people grief and sorrow, people can suppress them, hoping they will pass. However, when people postpone dealing with their intense emotions, confrontation tends to be more rooted, and they have a larger need for resolving conflict.

People could and should use similar collaborative negotiation concepts to dispute resolution as you do to dealmaking. For instance, you should try to uncover the motivations behind the parties' views, including a desire to settle a disagreement without causing negative press or to restore a strained business relationship. Also, decide on your best option for a final agreement, such as seeking a new partnership or taking legal action, if you cannot achieve an agreement.

During negotiation, disputing parties engage a skilled, impartial third party to help them reach an agreement. A competent mediator enables participants to investigate the interests that underpin their viewpoints instead of enforcing a resolution. Thus, mediators strive to assist parties in reaching a durable, cooperative, and non - binding settlement by negotiating with them either together or independently.

A third party functions as a referee in dispute resolution, which is similar to a court procedure in that it makes judgments to resolve the disagreement. After hearing each side's arguments or evidence, the arbitration makes a binding and typically secret ruling. While disputants cannot usually appeal an arbitrator's ruling, they can renegotiate most elements of the arbitral proceedings, such as whether attorneys will be present and what evidentiary standards will be utilized.

In general, it's better to start with less-expensive, less-formal dispute resolution methods like discussion and mediation before committing to the greater financial and time demands that mediation and prosecution frequently require. In addition, conflict-resolution training will help you improve your capacity to reach satisfying agreements in your disagreements.