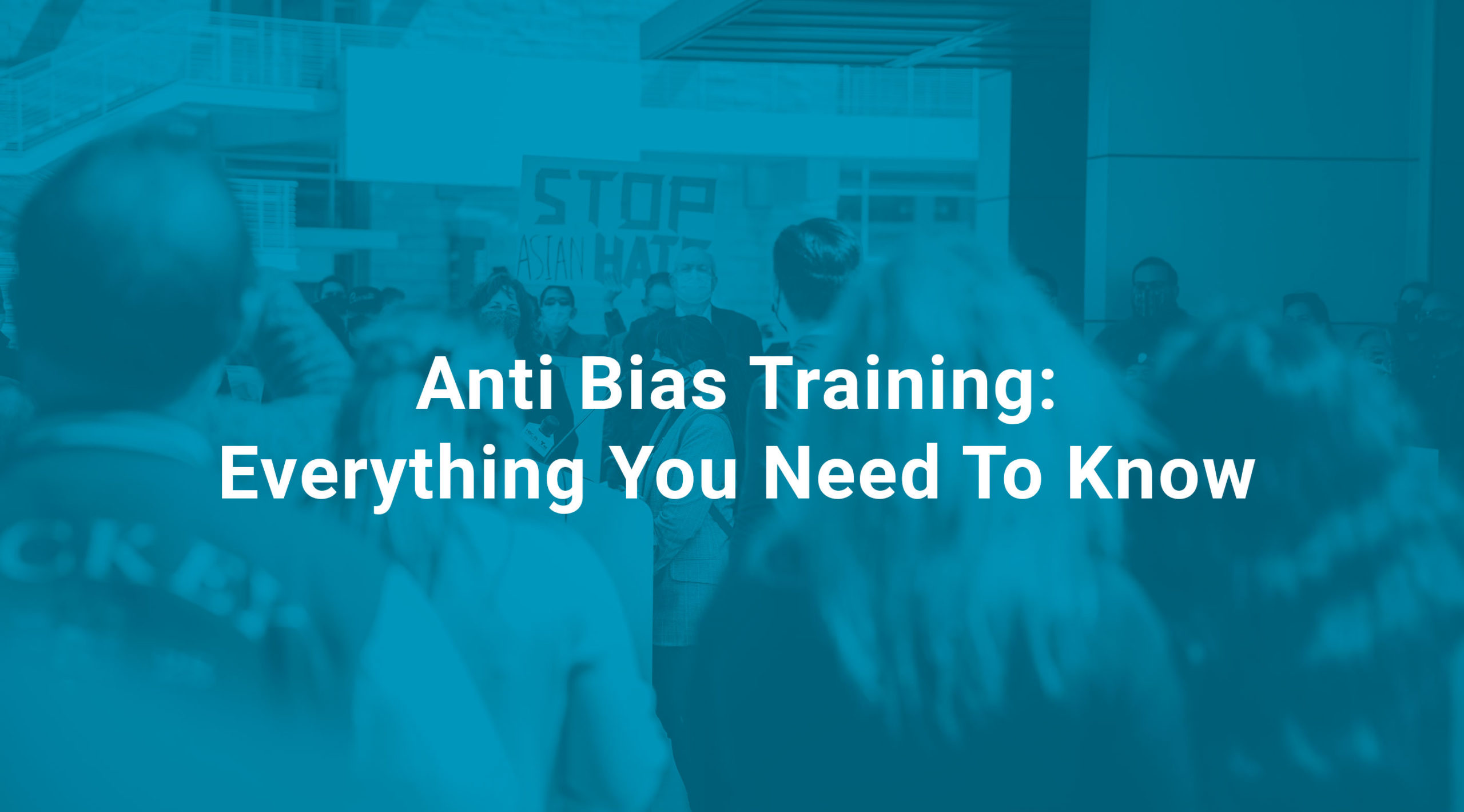 Anti Bias Training: Everything You Need To Know

Bias training (or unconscious bias training) programs aim to make people aware of their implicit biases. These sessions also give individuals tools to change their automatic thought patterns and eventually eradicate discriminatory behavior. These implicit biases are learned prejudices that are unintentional, deeply rooted, universal, and able to influence behavior.

Businesses that are trying to overcome deeply held racial prejudices are increasingly turning to anti-bias training for their employees. The leaders of these anti-bias training sessions must be prepared to face the challenges that often stifle good dialogue: defensiveness, guilt, fear, and anxiety, in order to genuinely modify patterns of behavior. In this environment, a single facilitator may find it difficult to stay neutral and supportive of all participants while also reflecting on their own thoughts and moving the conversation forward.

Rather than being methodically incorporated into the entire curriculum, the multicultural curriculum taught basic knowledge about different cultures. While this increased people's understanding of various cultures, other members of the movement wanted pupils to understand why they didn't know about other cultures and why particular ethnic groups and social strata are less likely to be economically successful.

The effectiveness of anti-bias training is dependent in part on whether it is conducted as a stand-alone event or as part of a larger corporate strategy. In terms of growing self-awareness, modifying behavior, or changing attitudes, a single day of training can only go so far.

Is this a one-time intervention, or will it happen every year, quarterly, or bi-annually? Diversity training that is part of a larger set of diversity and inclusion activities is more effective than training done on its own, according to the study.

Employee resource groups that build micro-programs to continue the conversation about bias, as well as formal programs that give accountability, are required as follow-ups. With the day-to-day reinforcement of desirable behavior, behavior actually changes.

There has been an outpouring of evidence showing that people are biased in the previous few years. Decades of research have led to these results. Unconscious bias training, according to some research, can help people become more aware of their biases. Interventions that can influence their behavior now, as well as their long-term opinions, are the way of the future.

Every employee has the right to an equal chance at work, free of discrimination, prejudice, and bias. HR's role in equal opportunity at work encompasses more than regulatory compliance; it has the potential to alter lives and society.

Things to Keep in Mind During Anti-bias Training

Conversations about racism and racism can be exhausting for both the facilitators and the trainees. Facilitators are kept from feeling overwhelmed or out of their depth by sharing the workload among team members with different viewpoints. It also provides greater balance by keeping specific voices from dominating the sessions.

Discussions can become stalled, especially when the facilitator is "identifiably different" from the majority of the participants. Trainees will feel more comfortable discussing their experiences if they believe the leader can relate to them or will listen to them without passing judgment.

An intercultural team raises understanding of power and place, as well as the role that individuals play in systemic inequity.

Facilitators must be able to speak openly about racism and the struggle with privilege. This makes it possible to have a more open discourse. Open dialogues also make it simpler for participants to disclose by normalizing the idea that everyone has prejudices.

Uncomfortable dialogues are at the heart of the project. A diverse group of facilitators can simply demonstrate how to confront bias and overcome that discomfort. An interracial team can provide a paradigm for how to disagree productively and how to acknowledge and communicate about inflicted pain in a way that supports transformation once a group has learned to identify that discomfort.

Why and When Anti-bias Training is Required

Prejudice can have a subtle but long-lasting effect on a workplace. When bias exists unchecked in the workplace, there is a lack of equality. To put it another way, each department or activity that is plagued with bias can be considered. Consider the following scenario.

Understanding bias at the workplace

Bias can be present in mentoring and coaching, whether individuals are receiving normal training or a quick brief. The trainer or management may speak down to the trainee, showing their own unconscious bias. Furthermore, there have been instances where trainee feedback has been presented in an unprofessional manner.

The frequent evaluations might occasionally be skewed by bias. This could be due to the criteria used to grade each employee. For example, due to their extended maternity leave, women are sometimes perceived as transient workers. Another example would be putting a particular group to a higher standard than other groups.

The most damaging effect of bias is likely to be observed in minor daily contacts. In a biased work environment, coworkers may feel isolated. This can happen during a simple welcome or discussion of a task at hand. The likelihood of an employee being subjected to bias is a reflection of racial or gender disparity in the workplace.

Bias in the recruiting process can be particularly dangerous. Indeed, if bias exists, it could jeopardize any or all prospects of recruiting a potentially capable employee for the organization simply because of a biased hiring system.

What Does a Typical Bias Program Discuss?

The majority of an anti-bias training program like Get Impactly’s DEI Learning Suite focuses on informing employees about circumstances that may be influenced by bias. This can include determining previous real-life instances in which they have been subjected to the negative impacts of bias or have contributed to it. As such, the program addresses all sorts of biases as well as various techniques for eliminating them.

Since the HR department, or the hiring process, in particular, is the most prone to bias, it will need the most changes. A common rule of thumb is to design a uniform procedure that does not cater to one type of person. The employment procedure and interview questions, for example, should not make reference to their gender, age, or upbringing. Rather, it should merely focus on their abilities.

In daily contacts, the program aims to make each employee conscious of his or her own bias. It is up to the individual to change this. If they do make an effort to overcome their prejudice, they should be commended.

A bias training program provides a forum for ethnic minorities and women to voice their concerns about workplace issues. This will be helpful to the company in the long run because it will help with business growth, innovation, and employee retention. Although changing perceptions is challenging, creating an environment where employees feel like they belong is critical to a company's success. This is where anti-bias training can help.