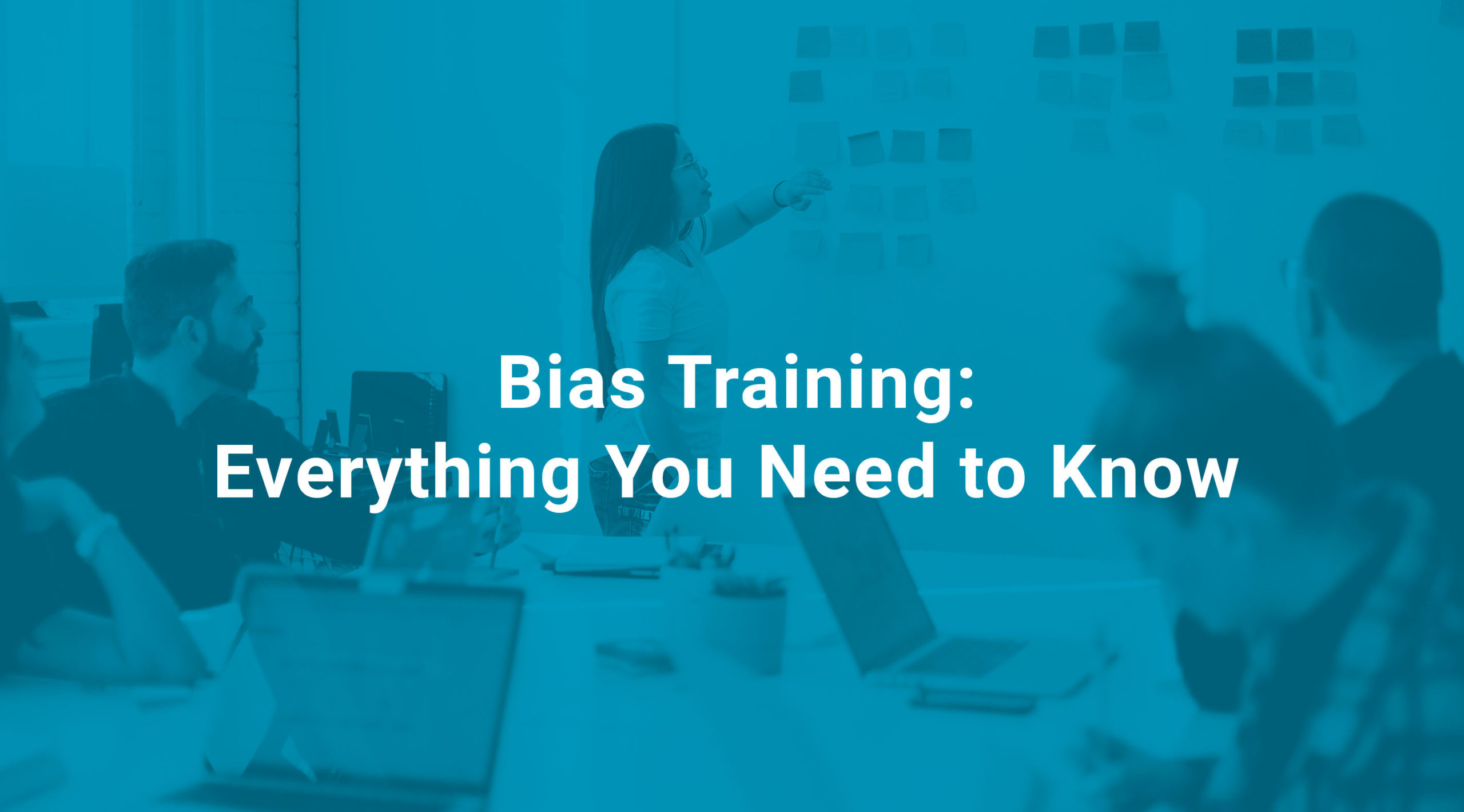 Bias Training: Everything You Need to Know

A bias refers to the preconceived notion regarding a person or an object that one possesses due to various social factors. These factors can involve cultural norms, societal pressures, or even individual upbringing. Bias can be of two subgroups, conscious and unconscious bias. Unconscious bias is a more common occurrence in most first-world countries in comparison to conscious bias.

Unconscious bias is essentially an umbrella term that involves a range of different biases. A few common ones are:

Women have seen more acceptance in the modern workplace than ever before. However, there is still an unfair advantage given to men in some cases to this day. This bias can be present as a difference in wages, the standards women are held to in comparison to men, and so on. In many instances, women can face debilitating discrimination as a result of their gender. This gender disparity is most common among women in the IT field as only one in five professionals are women.

This is another deep-rooted bias that is on the decline currently but is not completely eradicated. It can involve believing in certain stereotypes when it comes to race or the ethnicity of an individual. Employees may view people of color differently or vice versa without even interacting with them.

This is a common bias that may be harder to deal with. Hiring is, sometimes, strictly restricted to the younger generation. There can be several reasons involving increased energy levels as well as a less established career. Although these reasons may have some logic behind it, it is still a bias nonetheless.

This type of bias occurs when an employee makes judgments on a coworker with only preconceived notions in their mind. An example of this would be colleagues thinking that the African-American employees are less hardworking or incapable of carrying out the job at hand.

Holding someone to a certain stereotype can be degrading to that person, and this program helps fight discrimination among employees.

People with a similar mindset or upbringing are more favored than ones without. This is especially seen during the hiring of employees. People who share similar interests are favored and get selected for work over others.

The program helps eradicate this bias by restructuring the hiring process and teaching employees to make more informed decisions.

This effect refers to the act where employees see other colleagues as either better than them or worse than them. This can happen when employees find out some information regarding their coworkers. In case the information pertains to achievement, then this colleague will be looked upon with favor. However, if the coworker possesses a character that is not common, as a quirk, then that person may be viewed differently.

This involves searching for the validation of one’s judgments only after reviewing or interacting with an individual on a superficial level. In other words, it refers to the inclination that one possesses to make judgments about another based on their name, appearance, and so on. For example, if this occurs during the recruiting process, it may lead to the interviewee answering questions that confirm the interviewer’s opinions.

To eradicate these kinds of discrimination, questions need to be based on skills. The aim is only to determine whether the person is skillful or not.

Humans, in general, tend to act on the basis of social cues. This tendency can also be seen in the workplace, with employees gravitating towards a particular opinion just because most of their coworkers feel the same way. This is known as a conformity bias. It may lead to a herd mentality which can be harmful to the workplace.

The Need for a Bias Training Program

The presence of bias in a workplace can have a subtle but lasting impact. A work environment lacks equality when there is favoritism among the workers. To get rid of this, one should recognize the departments or activities that are rife with bias.

Whether employees are receiving formal training or a simple brief, there can be involvement of bias. A mentor may sometimes make assumptions about the mentees due to their appearance and stereotypes. In addition to this, there have been cases where the feedback received by a mentee was unprofessional.

The frequent evaluations can sometimes be subject to bias as well. This can be because of the criteria upon which each employee is graded. For example, women are viewed as a temporary workforce at times because of longer maternity leave. Another example would be holding a certain group to a particular standard in comparison to other groups.

Daily interactions and conversations can also have the most devastating effect of bias. Coworkers can sometimes feel isolated in a work environment that possesses bias. This can occur during something as simple as a greeting or discussing a task at hand. The prevalence of an employee experiencing bias reflects the racial or gender inequality present in the workplace.

The presence of bias in a hiring process can be especially harmful. It could even ruin any or all chances of recruiting a potential individual for the company just because of a discriminatory hiring system.

What Does a Typical Bias Program Discuss?

A bias training program involves teaching employees about situations that discrimination could possibly influence. This can range from determining previous real-life occurrences where they have experienced the ill effects of bias or contributed to it. The program addresses all types of bias and gives potential strategies that could be implemented to eradicate them.

Since the Human Resources department or the hiring process, in particular, are the most susceptible ones, it will require the most reforming. A general rule of thumb is to create a standardized process and does not cater to a single type of individual. For example, the hiring process and interview questions should not refer to their gender, age, or upbringing. Rather, it should only bring their skills into question.

In terms of daily interactions, the program attempts to make each employee aware of their respective bias. Reforming this is up to the individual. In case they do make an effort to overcome their bias, they should receive some commendation.
Therefore, the bias training program will act as a medium through which cultural minorities and women can speak out their struggles in the workspace. This will benefit the company in the long run as it will positively impact the growth of the business, innovation, and employee retention.